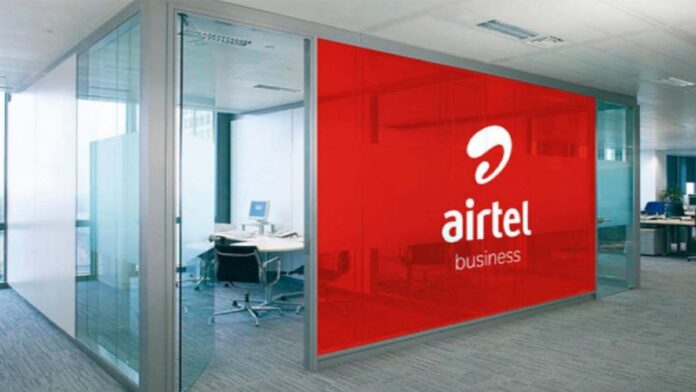 In its coverage report, Chapel Hill Denham said Airtel has a substantial exposure to fast-growing markets, offering telecoms and mobile money services in markets that are largely under-banked.

“We initiate coverage on Airtel Africa Plc as it is listed in Nigeria with 49% EBITDA contribution coming from the Nigerian business in 2020”, it explained

Data and Airtel Money are the growth engines for Airtel over the forecast period, with data underpinned by rising smartphone affordability in countries of operation.

Chapel Hill Denham estimates that Airtel has the opportunity to serve over 275 million unbanked people in its countries of operation in Africa, given the huge and rising population and urbanisation.

Currently, Airtel has 21.5 million, based on 9M-2021 results, customers that are executing transactions on its mobile money platform, Airtel Money.

Accordingly, with 1.0 -1.3% of the transaction value generated as revenue annually, Airtel generated increasing revenue on Airtel Money over the past three years to US$311 million in 2020, translating to average annual growth rate of 13%.

“To put it in context, we believe that by 2025, Airtel Money revenue will generate what the data business segment currently generates in revenue.

“We also forecast that the revenue of the data business segment will grow at a CAGR of 12% over the same period to move close to what Airtel currently generates on voice.

“We highlight that Airtel Money contributed 10% and 16% to Airtel’s EBITDA and operating free cash flow respectively in 2020”, the firm explained.

“We believe that Airtel Money will contribute about 38% to Airtel’s operating free cash flow over the next five years”, analysts stated.

In its investment considerations on Airtel, Chapel Hill Denham factors in robust population, urbanisation and economic sizes in countries of population.

In addition, the growth engines, data and Airtel Money, are growing at high double digit just as recent investments in network infrastructure bodes well for future growth and cost efficiency.

“We compare Airtel with other African peers on key metrics and our comparison suggests a relatively cheap valuation amid robust performance”, analysts explained.

On LTM revenue and free cash flow bases, Airtel is larger than MTN Nigeria (MTNN) and Safaricom, which are strong competitors from mobile services and mobile money standpoints respectively.

Nonetheless, its EBITDA margin trails MTNN’s and Safaricom’s and this is largely explained by the dilutive impact of the East Africa and Francophone Africa business on the Group EBITDA margin.

“We recognise that Safaricom is stronger in mobile money (M-PESA) than Airtel (Airtel Money), given the 26.8mn customers for M-PESA and 21.5mn for Airtel Money”, Chapel Hill Denham said.

It added that the LTM revenue of KES71.78 billion which is about US$687 million for M-PESA is more robust than Airtel Money’s US$374 million.

Nonetheless, analysts noted that the market is paying a relatively low price for per active customer of Airtel despite the strong growth prospects.

Analysts at Chapel Hill Denham assigned a buy recommendation to Airtel with a 12-month target price of N1,228.21, having valued the business on a regional basis (Nigeria, East Africa, and Francophone Africa).

“We value the Nigerian business at US$7.12 billion, the East Africa at US$4.60 billion, and the Francophone Africa at US$2.39 billion”, Chapel Hill Denham said.

It also recognised that Nigeria contributed 40%, 49%, and 48% to Airtel’s revenue, EBITDA, and operating free cash flow respectively in 9M-20.

Accordingly, the firm said its valuation reflects a 50% value contribution from Nigeria, 33% from East Africa, and 17% from Francophone Africa.

“Our relative valuation method is based on the EV/EBITDA multiples of SSA & MENA and Global Emerging Market peer averages respectively”, it explained.

Noting the downside risks to its expectations, Chapel Hill Denham market regulatory risk which the firm thinks is the biggest risk to outlook considering the threat to license amid fines that can affect earnings and cash flows.

It added that economic growth has an impact on the performance of the telecom sector and Airtel.

In addition, analysts registered that competition in the countries of operation may become more intense as economic growth in a large market such as Nigeria gains momentum.

These come in addition to currency risks, saying weaker currencies may lead to lower earnings and cash flows, but strong double-digit LCY growth may reduce the impact.