Home Analysis Stocks prices fast declining, but there is value in the bad news 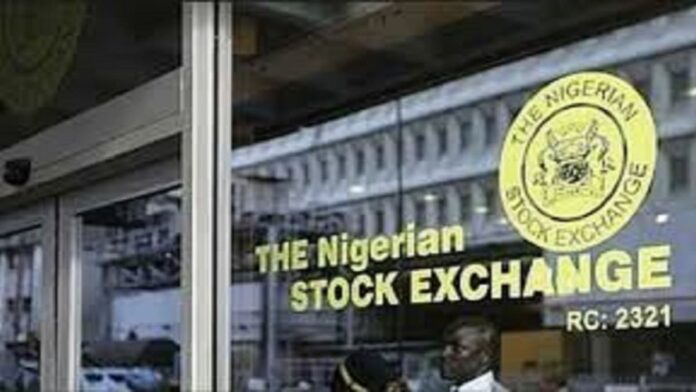 Stocks prices fast declining, but there is value in the bad news

Many people only see bad news of falling equity market. But others are busy finding value in the same.

Heaven is not falling; it is market capitalisation of the equities market that has dropped to N13.59 trillion as at the last trading on Friday.

Though, two telecom giants have come to list on the bourse, prediction that the duo of MTNN and Airtel would lift performance seems not to be true after all.

But some investors are still finding value, as they stay in the money. This trend would not last longer too, and that is why you need to position strongly, now.

When prices of stocks become this cheap, sophisticated investors understand that the signal read -enter.

Eventually, market would rebound with improvement in macroeconomic performance; and finds equilibrium point.

Market is bearish; and you must be willing to stay long to find value. This swing low won’t last longer anymore as earning season comes.

Cheap prices support your entry level, if you are looking out to buy stock.

This is because investors have lost significant amount in the equity market, and in the past three weeks, bears have rampage the bourse. Bad news is good news if you position right.

Many analysts and stock market participants saw the trend forming. Last week, activities on the Nigerian equity market closed negative on week-on-week metrics despite the 0.14% gain recorded on Friday.

The dismal run, according to GTI Research lasted between Monday and Thursday saw the NSE-All Share Index, ASI, declined by 0.79%, 0.49%, 0.56%, and 0.64% respectively in each of the first four trading sessions as the NSE-ASI shed 2.31% on week-on-week basis.

LASACO emerged top gainers this week; the stock appreciated by 13.79% week-on-week, while MCNICHOLS shed 18.18 % within the same period to emerge top loser.

A total turnover of 947.41 million shares worth ₦11.73 billion in 14,106 deals were traded  last week by investors on the floor of the Nigerian exchange in contrast to a total 988.49 million shares valued at ₦13.84 billion that exchanged hands in the previous week in 16,414 deals.

Meanwhile, a total of Fifteen (15) equities appreciated in price, lower than (18) in the preceding week.

GTI Research reckoned that in the absence of any external catalyst, it expects the monetary policy decision of the CBN at the next MPC meeting and the performance of companies in their second quarter 2019 earnings result to shape the direction of the overall market performance next week.

In the Money Market

Specifically, bid-to-offer rate for the 91-days, 182-days, and 364-days maturing bills printed at 4.98x, 2.62x, and 5.02x respectively, as the CBN decision to hold back on OMO auction left investors with no other choice than the Treasury bills offers.

Nonetheless, the CBN stuck to its rollover limit of ₦107.05 billion despite total bids settling at ₦473.55 billion.

Despite the above dynamics, system liquidity indicators, Overnight Rate (OVN) and Open Buy-Back Rate (OBB) which averaged 5.5% and 6.3% respectively since Monday owing to robust liquidity level jumped to 12.64% and 11.93% on Friday on the back of late liquidity squeeze by the CBN.

Amid intense effort by the CBN to spur Deposit Money Banks (DMBs) lending to the real sector players, we anticipate a single open market operation  (OMO) mop-up session in the next trading week.

Stocks prices fast declining, but there is value in the bad news