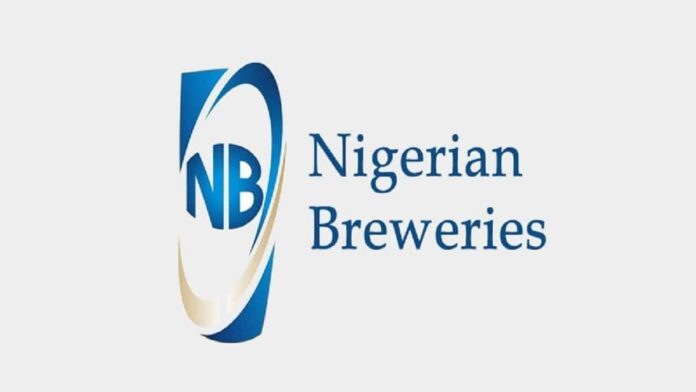 In 2020, rising costs eclipsed the Nigerian Breweries Plc.’s revenue growth, thus buried margin as company amidst strong rivalry in the industry following the impact of COVID-19 on households incomes.

In the fourth quarter, Nigerian Breweries reported a disappointing outing in as profit before tax plunged 90% to ₦599 million while after tax profit dropped 93% to ₦429 million.

Demand for beers had plunged due covid-19 outbreak as distribution channels were under lock with Nigerian government battling to curtail the spread of the pandemic.

Like other brewers, the uncontrollable development outside managerial influence dealt mercilessly with revenue performance, and profit slowed down significantly – though there exists some sort of support from reduce operating expenses.

Analysts explained that this happened in a bid to pass on some of the rising costs pressure from the Nigerian new ad-valorem excise regime.

However, the occurrence of the Covid-19 pandemic disrupted the promise expected from the sector as revenue across all our coverage companies dipped.

In the first nine months of the year, on year on year basis, Nigerian Breweries revenue dropped 0.7% to ₦234.0 billion, demand for Guinness products went down 27.1% to ₦90.6 billion and International Breweries fell 1.5% to ₦95.8 billion.

The decline in revenue was particularly pronounced in Q2 2020 (Apr – Jun) as the nation was in total lockdown.

In its audited financial report for 2020, analysts saw Nigerian Breweries reversed its top line trajectory, reported a 4.3% year on year growth in revenue to ₦337.04 billion from ₦323.0billion in 2019.

CSL Stockbrokers had previously noted its traditionally weak Q3 performance alongside the restriction on gatherings in Q2 2020 as major drags to topline performance in 9m’2020, having surged only 0.7%.

The brokers said the effects of the reopening of on-trade channels and the December festivities contributed to the turnaround in Q4, thus resulted to a 25.3% rise in topline performance in Q4 compared with Q3 2020.

Noteworthy is the 51.4% rise in the cost of sales between Q3 and Q4 2020, which CSL Stockbrokers attributed to increased inventory requirement as a result of improved demand for NB’s product, and the need to source for additional input amid the devaluation in the foreign exchange market.

Consequently, the brewer recorded a 5.7% decline in gross profit in 2020.

It was noted that the improved operating cost condition was on the back of decline in both marketing and distribution expenses.

Nigerian Breweries underspent its budget by 10.4% year on year to ₦65.6 billion, and administrative expenses went down 9.4% to ₦11.8 billion –adjusted for depreciation.

CSL Stockbrokers explained that considering the fact that marketing and distribution expenses constitutes 85.0% of operating expenses on the average, the 10.4% decline in the expense line contributed significantly to its overall drop.

“The economic lockdown contributed significantly to the dip in Marketing and Distribution Expenses as it disrupted on-trade activities and encouraged NB’s innovative distribution alternatives”.

“This has been a worrying trend given our expectation of a further devaluation of the Naira and the expected deterioration in operating expenses as activities normalize in 2021”, CSL Stockbrokers explained.

How Nigerian Breweries financed its operation

In 2020 audited report, Nigerian Breweries net finance expense rose 52.1% year on year.  By size and on relativity, this appears significant to the overall performance.

The breakdown shows that the company’s finance expense grew 50.8% year on year while finance income declined 5.5%.

Analysts said the growth in finance expense came from the need to augment working capital.

Nigerian Breweries actually achieved this through the issuance of short tenor debt instrument.

“While we do not see any respite for the former in the short term, the improving yield environment bodes well for the latter”, analysts said.

The Board of Directors then declared a dividend of ₦0.69 per share, translating to a dividend yield of 1.20% at its current market price.

In its equity report, analysts at ARM Securities Limited call the company’s Q4 2020 result a disappointing end to the year.

“Similar to what we saw in Q3-2020, Nigerian Breweries recorded a strong year on year growth of 18% in their revenue which printed at ₦103 billion over Q420.

“However, cost of sales grew by an astonishing 42% which dragged gross profit down by 18% to ₦28.74 billion”, analysts said.

In a report, ARM Securities said despite a 14% fall in operating expenses, the sharp increase in cost of sales meant that EBIT fell 30% to ₦7.11 billion.

This was further pressured by higher finance costs; net finance expense came higher by 67% which in turn helped bring PBT lower by 90% to ₦599 million.

It would be recalled that due to new excise duty regime, and resultant pressure on topline, Nigerian Breweries raised price.

By their audited result, cost-to-sales margin came at 72%, which is comfortably the highest NB have reported in the past 8 years.

What this means is that for every ₦100 sales, Nigerian Breweries expended ₦72 on its production cost.

According to ARM Securities, cost of raw material drove the increased costs, up 39% year on year to ₦50 billion.

Analysts attributed this development to rising inflation and currency depreciation.

“There was also a charge of ₦5.42 billion for variable lease expenses which was not there last year while the cost for repairs and maintenance doubled to ₦4.95 billion”.

ARM Securities then said while cost of sales is seemingly spiraling out of control, Nigerian Breweries appear to have a firm grip on operating expenses.

The company operating expenses declined on a year on year basis for the 3rd consecutive quarter.

The dropped off in operating expenses came as both selling and distribution plunged 8.2%, just as administrative costs dropped 34.4% over the period.

“Combing through the balance sheet we see that Nigerian Breweries halved their receivables quarter on quarter to ₦11.42 billion while payables rose by 25% to ₦139.2 billion.

“Cash and cash equivalents fell by 44% between the end Q3-2020 and Q4-2020 to ₦30.37 billion on the back of higher VAT paid and acquisition of properties, Plants and Equipment”, ARM Securities stated.

Elsewhere, analysts noted that deposit for imports, which represent Naira deposits for foreign currencies purchased for funding of letters of credit and forwards, almost quadrupled to ₦11.58 billion from ₦3.76 billion in Q3-2020.