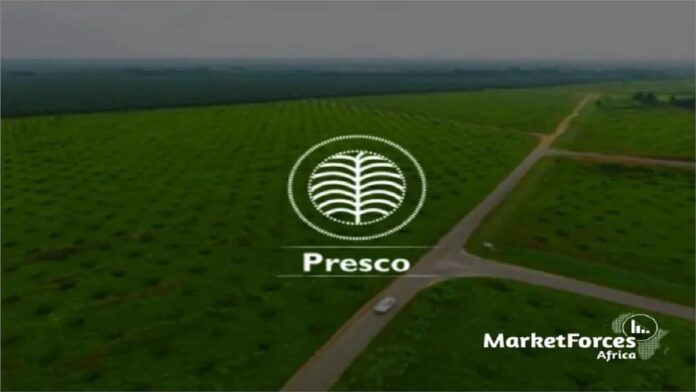 Presco Plc has been noted to be in need of some sorts of balance sheet optimisation following an impressive topline in the 9-month of 2020 result.

Speaking to the result, United Capital Plc reckoned that the company performance was quite an impressive one.

United Capital said, “We understand that the bulk of firm’s revenue comes from the sales of refined crude palm oil (CPO)”.

Analysts explained that the company does not really concentrate on the sales of CPO.

Going forward, analysts’ expectation is to see continued improvement in the topline as the company concluded plans to diversify the business.

It would be recalled that Presco indicated interest in the rubber and cocoa markets.

“We see this move as a positive development for revenue, considering as we believe that it will helps the broader base for revenue”, analysts said.

United Capital however stated that the move also presents an opportunity for forex earnings.

The company specified that the rubber production will be 100% exported.

Balance sheet analysis: Anything to cheer?

United Capital stated in its equity note that Presco continues to invest heavily in long-term assets as evident by the over 100% increase in borrowing to N26.3bn.

Some of the investments include expansion of its existing Palm Oil mill from 60 ton/ hour to a 90 ton/hour milling plant by year-end 2020.

There is also construction of a new 60 ton/hour Palm Oil mill in Sakponba Estate to be completed in 2023, expansion of the company’s palm kernel oil plant to 350 ton/ day PKO plant compare with the current capacity of 60 ton/day.

Notably, analysts stated that the company’s cash and cash equivalents fell 40.5% to N3.5 billion, following a N6.5 billion loan repayment made during the year.

However, borrowing via overdraft (OD) rose from N7.1 billion to N8.0 billion, accounting for 36% of all interest bearing liabilities.

Further analysis indicated that average cost of OD in the books of the firm is estimated at about 12.0%.

“For balance sheet optimization purpose, we think PRESCO should consider taking advantage of the low yield environment in the debt market by registering a commercial paper to refinance and average down its cost of capital”, United Capital stated.

For context, investment analysts stated that Presco would have saved close to 50% of its finance expense attributable to OD if the said N8.0bn was raised in the debt capital market.

United Capital advised its customers to be neutral on Presco’s share due to downside.

Apart from some of the planned capacity expansion project on-going for 2020, management also guided on the plan to invest about N34.0 billion in CAPEX for the next five years.

The firm said this is expected to be financed via internally generated funds and external borrowings.

In addition, analysts expect the recent diversification into rubber and cocoa to support the topline coupled with favorable government policy towards the sector.

Accordingly, analysts at United Capital have estimated a revenue growth of 23.7% year on year to N24.6 billion in 2020.

“We expect a mild decline in cost of sales growth; hence, gross margin is expected to be strengthen.

“Also, we have estimated a mild decline in operating expenses as the company is expected to improves effort to drive cost efficiency”, analysts explained.

In all, United Capital expects surge in pre and post-tax profit to be sustained, fueled by lower base effect of the 2019 performance.

Analysts however noted that PRESCO currently trades at a forward enterprise value to earnings before interest tax depreciation and amortisation (EV/ EBITDA) of 5,7x.

United Capital analysts believe that this is below both the local and Emerging Market peers average of 6.14x and 9.7x, respectively; implying that the ticker is currently undervalued.

Putting the above together and factoring the current market volatilities, analysts at United Capital update risk free rate and equity risk premium to reflect the current realities.

Hence, Presco price target was revised to N81.5.0/share with a potential upside of 2.2%.

The company also has an olein and stearin packaging plant and a biogas plant to treat its palm oil mill effluent. It is the first of its kind in West Africa.

NB Plc.’s Revenue to Rise 15% as Share Rally ahead of Analysts Price Target