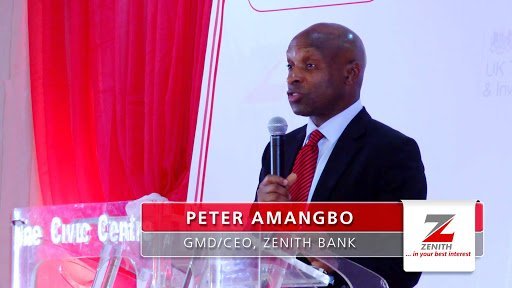 When Peter Amangbo took over as the Group Managing Director/Chief Executive Officer (GMD/CEO) Zenith group in mid-year of 2014, the bank’s total assets was valued at N3.2 trillion and shareholders’ funds was N492.38 billion.

However, 54-month after, the bank total assets now “kissing” N6 trillion mark, as it closed the year at N5.955 trillion.

If the growth tempo is sustained, Zenith Bank Plc could beat N10 trillion estimates in the next 5-Year.

If in the spate of five years, Peter has added N2.7 trillion to the size. On the average, Zenith grew total assets at 13.2% annually, or 1.16% each month till date.

With earning season is here in full swing, amidst market expectations for a bullish economy as forecasted.

Zenith Bank is one of the leading banks to watch out for in 2019. In its just released audited statement for 2018, revenue slipped 15.4% against 2017 result but compensated for in terms of profitability.

Though, economy grew faster in 2018 when compared to prior year, but Zenith bank results differ base on fundamentals.

In a similar situation, the bank expended far less on payment made to providers of funds on bulk of its interest asset, interest expense went down by 33.3%.

It therefore implies that for every N100 earned from interest earning assets, Zenith spent about N33 in 2018 as against N46 in 2017. This means it operated with a lower cost of funds.

Overall, as the bank scorecard shows, Zenith Plc expended N46.4 on every N100 income it generated in 2018.

This means that the bank operating cost expanded; last year it only cost the bank N42.3 on the same amount of income.

This means that year on year, the bank cut back on lending by about 4% from N2.596 trillion.

The bank however recorded an increase in non-performing loans, the same period when industry’s average receded.

Non-Performing Loans jerked up to 4.98% from 4.7% in 2017. For Zenith, it means that about 5% of its earnings assets have a doubtful recoverable value.

Its bearish stance on booking more loans seems to have paid off; given the fact that banks in the same class did gun for cleaner book, better assets quality in 2018 as primary focus.

The massive scale at which Zenith was able to reduce impairment charge on credits, from whooping N98.2 billion to N18.4 billion in 2018 is quite exciting and impressive, some analysts commended.

Then, operating expenses N225.5 billion stayed within same region as last year; up marginally but below rate of movement in general prices of goods and service, as average inflation closed the year at about 12%.

Words on the street have been that the bank is developing bull-eyes for the retail segment. The question some observers are raising is that perhaps the corporate banking economy cannot satisfy the bank growth ambition, again.

Perhaps, drive for lower funding cost is the driving factor. Ether ways, Zenith is diversifying its culture from predominantly dealing in high tickets deals to conforming self in the retail end. The race has begun, anyway.

Just before the fourth quarter in 2018

Zenith Bank Plc expended as much as N45.64 on every N100 earned from its interest-earning assets in 2017.

Meanwhile, in 2016 it had cost as low as N37.55. If the trend is sustained, it means that it might have cost more but the audited result shows a reverse to the trend, as operating cost as proportion to operating income.

Though, performance remains relatively strong but not really in line with analysts’ estimates.

A review of its earnings trend shows that Zenith bank Plc didn’t leverage enough on about N6 trillion in total assets to generate revenue – up till third quarter of 2018.

Review of its sales shows that as at the third quarter in 2018, the bank’s used N11.84 in assets to generate N1 in sales.

At the end of third quarter 2018, the bank operating income closed the period at N349.72 billion while operating expenses was N182.416 billion.

It means that the bank expended more than N52.2 per N100 income generated. The 52.7% cost to income ratio confirmed this.

It then means that; Zenith was less efficient at using its investment in total assets to generate earnings in 2018.

Compare with the equivalent period in 2017, operational cost seems to be in the same region.

In the third quarter of 2018, cost of obtaining funds berthed at 3.3%, a reasonable point despite the fact that the bank recorded a decline in deposit in the same period.

That could mean that an adjustment was made to funding mix or sources – possibly divested from highly priced term deposits.

But that does not tally with increased interest expenses in 2017.

Further review into the deep shows that the bank had a rough ride in 2017 as funding cost closed the year at 5.2%.

In the same period, a 5% decline in customers’ deposits triggered 8% lowdown in the group’s gross loans and advances.

However, market observers are saying that they are seeing a bank that is comfortable in its shell. This is the same view that some analysts are holding, as the bank’s stock underperforming the market.

Really, Zenith Bank Plc has all the necessary advantages to take the world by storm.

Few years ago, Zenith rested FBNH as the biggest bank in terms of total assets. The position will be short lived as Access Bank Plc will be leading its peers by size in the second half of 2018.

Zenith is the largest bank by capital base, but other banks are catching up.

“When you look at total assets of the bank in relations to how much was generated in the past, you will observe that on the average, Zenith had N7.50 assets pool to generate N1 in revenue in 2017.

“At the point when a company gets to certain level in its industry, tendency to become laid back often set in.

Zenith Bank Plc is pushing forth albeit slowly, and competitors are musing over the bank recent conservative business development”, analysts said.

The Chairman, Jim Ovia holds 9.4% of the bank shares, follow by 3.08% by FIL investment advisors, a UK base company.

Schroder Investment Management ltd, 2%, Fidelity Management and Research Company 1.94% and Invesco Advisers ltd 1.61% and others with less than 1% shareholdings.

How Zenith did it

In the banking sector, at the Broadstreet expectations are high as earnings season is at hand.

In the last few years, perhaps since 2015 some banks performance have been highly sensitive to average yield in the fixed income market.

Banks that have enough liquidity and free cash flow have been able to boost performance with investment income.

In the tier 1 class, there may be no significant change in profitability performance, though you should be expecting to see contracted loan books with burgeoning investment in the fixed income market.

This allusion is easy, as it may be recalled market was positive on high yield government securities.

In the period, most of the Tier 1 capital banks played heavily at the fixed income market in 2017, apparently an escape route from receded economic performance.

The same trend underscored financial year 2018 when deposit money banks went after cleaner risk assets as industry non-performing loans berthed at 14.16% at the end of the third quarter of 2018.

Some banks decision to improve assets quality trigger declined loans size. Cutback in loan books means would ordinarily means loss of revenue, and this scenario played out at Zenith.

However, investment income from fixed interest market and placements saved the day.

In the midst of all these, Zenith Bank Plc stands strong, albeit not enough from a Chief Executive Officer that is sitting on a financial institution with total balance sheet size of about N5.6 trillion.

Ahead of the release of the bank’s audited result, GTB will still be the bank’s major contender in terms of size of earnings.

As a corporate bank, though Zenith is lowering guard, a recent visit into the banking hall has confirmed, the gap in earnings was due to deals sizes.

Financial year 2018 may show slightly different pattern. First, Zenith has started looking at retail end, though market is yet to understand how the bank will play strong here.

Zenith’s non-performing loans closed financial year 2017 at 4.7%; having berthed at 4.2% at the end of the third quarter of the same year.

But Zenith had to combat increased default rate in 2018, closed the year at 4.98% as against 5% benchmark set by the apex bank.

What this means is that for every N100 loans book, just about 5% faces default risk. 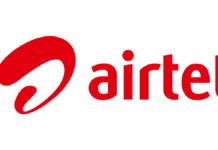 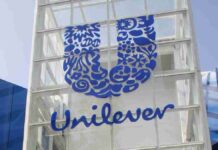 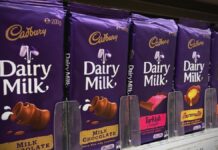