Governor Rotimi Akeredolu of Ondo State on Tuesday presented a fiscal proposal of N191.6 billion for 2022 to the State House of Assembly. Akeredolu, who was represented by the Commissioner for Finance, Wale Akinterinwa, said the 2022 budget represented an increase of 9.59 per cent over the 2021 budget.

Tagged “Budget of Economic Re-Engineering”, it has a recurrent profile of N112.017 billion and capital expenditure of N79.621 billion. Hence, the expansionary measures being pursued in 2022 is carefully weighed option to weigh-in into the resultant fiscal resurgence envisage in 2022.

“It should be noted that in 2022, the government will leverage on its resources to source N44 billion from the financial market in order to accelerate the pace of development and job creation in the state.

“The policy thrust and priorities of the government in the next fiscal year is aimed at streamlining sectorial programmes and projects within the framework of the Medium Term Expenditure Framework.

“And to further consolidate on the gains of this administration in the last four years as contained in Second Term Blueprint Christened the REDEEMED agenda.

“The varying competing needs of different sectors would be prioritised and programmes/projects necessary to address them properly aligned within the Medium Term Sector Strategy,” he said.

The governor listed the objectives of 2022 budget to include the growth of Independent Revenue by a minimum of 20 per cent every year from 2022 to 2024.

“Also to improve the state fiscal performance to increase the state draw-down on Federal Government and international-based grants.

“Others are to create a rural economy and enhance community development; to improve health care delivery system to combat the spread of COVID-19 pandemic and other dreaded diseases in the state.

The breakdown of the budget indicated that the economic sector has the highest allocation of 54 per cent, social development allocated 29 per cent, while environmental and regional development takes 2.60 per cent.

Others are; justice has 2 per cent and administration allocated 12.44 per cent. The Ondo state speaker, Bamidele Oleyelogun, while commenting on the budget, promised that the assembly would do justice to every content of the budget.

The Assembly later committed the budget to the House Committee on Finance and Appropriation for proper scrutiny and speedy passage. 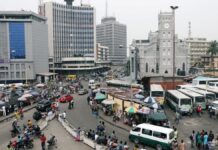 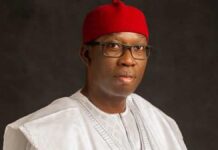 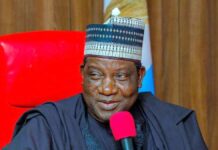