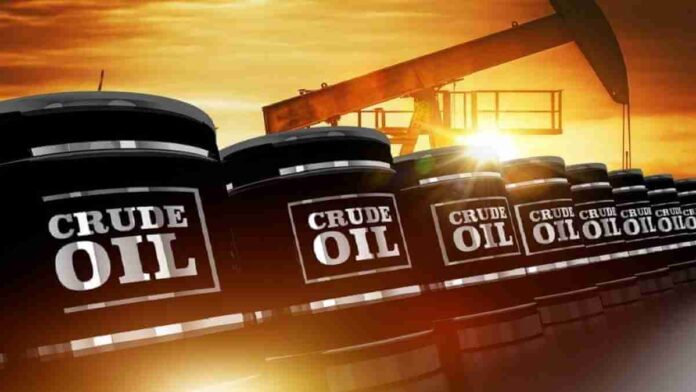 Oil prices plunged on Wednesday as the Organization of Petroleum Exporting Countries (OPEC) lowered its global oil demand forecast for 2021 by 140,000 barrels per day (bpd) but kept growth unchanged for 2022 at 4.2 million bpd.

China also announced on Tuesday that it would enable its coal-fired power plants to charge some consumers market-driven electricity prices in response to power shortages from record-high coal prices.

In its World Economic Outlook published on Tuesday, the International Money Fund (IMF) said price pressures caused by supply-demand mismatches and higher commodity prices are expected to subside next year.

The US dollar index, which measures the value of the American dollar against a basket of currencies including the Japanese yen, British pound, Canadian dollar, Swedish krona and Swiss franc, reached 94.41.

OPEC revises down 2021 global oil demand, keeps it unchanged for 2022

Global oil demand is now expected to increase by around 5.82 million bpd, or 6.4%, to an average of 96.6 million barrels per day (bpd) in 2021, relative to the higher figure of 5.96 million bpd in the previous report.

According to the report, the downward revision is mainly driven by “lower-than-expected actual data for the first three quarters of this year, despite healthy oil demand assumptions going into the final quarter of the year, which will be supported by a seasonal uptick in petrochemical and heating fuel demand and the potential switch from natural gas to petroleum products due to high gas prices.”

In 2022, the group predicted that world oil demand would grow by 4.2 million bpd, or 4.3%, to reach 100.8 million bpd on the back of a healthy economic momentum in major consuming countries and better management of the COVID-19 pandemic.

The report shows that OPEC crude oil production increased by 486,000 bpd month over month to an average of 27.33 million bpd, while the share of OPEC crude out of total global production rose to 28.5% in September, marking a 0.3% increase compared to the previous month.

Meanwhile, oil output in Venezuela decreased by 6,000 bpd to 527,000 bpd and in Libya by 5,000 bpd to 1.5 million bpd. Non-OPEC liquids production in September increased by 100,000 bpd compared with the previous month to an average of 68.6 million bpd. #Oil Prices Plunge as OPEC Lower Demand Expectation