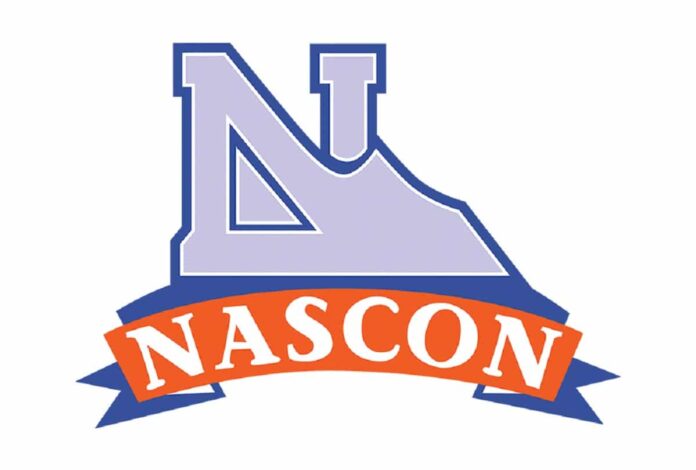 NASCON Gets Hold, Sell Ratings Ahead of Dividend Payment

NASCON Allied Industries Plc., a member of Dangote group, did double-digit growth in profit performance in 2020 but analysts appear not so excited having observed accounting reclassification pushed its earnings profile.

At today’s market price of N14 per share, TICKER: NASCON is currently valued above analysts target price range from N10 to N13 per share.

Meanwhile, the Board of Director proposed to pay N0.40 dividend to shareholders on May 5, 2021 electronically following the cosmetic earnings surge.

The best that NASCON share got was hold rating from Meristem Securities, meaning equity analysts advising investors to maintain neutral position on the stock – neither buy, nor sell.

NASCON reported a 2% year-on-year revenue growth in its recently released 2020 financial statements. The company which operated in the fast moving consumers sector reported a 98% increase in gross profit.

Analysts at WSTC Securities Limited explained that the increase was due to the reclassification of haulage cost from production to distribution expense.

Also, on the back of net foreign exchange gains despite the haulage cost reclassification, operating profit grew by 39% year on year. The consumer goods company raised profit before tax by 41% in 2020 due to a lower net finance cost in the year.

Analysts at WSTC Securities recognized the performance was driven by a broad-based income growth across the regions.

“We believe that the broad-base revenue growth was due to the sustained land border closure in 2020.

“The policy constrained the supply of cheap alternatives in the market, thus, reducing competition for the group”, WSTC Securities explained.

Analysts also noted that the group revitalised its market activation campaign during the period for more market share.

NASCON’s production cost decreased by 24% from N21.65 billion in 2019 to N16.45 billion in 2020, which analysts said it was primarily due to the reclassification of haulage cost.

However, adjusting for the reclassification impact, analysts at WSTC Securities noted that production cost declined by 10% year on year, underpinning the group’s cost optimisation effort.

Detail review of the company’s financial statement showed that operating profit for the year advanced 39% from N2.90 billion in 2019 to N4.03 billion.

The significant rise in operating cost was on the back of haulage cost reclassification and a 39% increase in market activation from N266.71mn to N369.95mn in FY 2020.

Analyst at WSTC Securities recognised that 2020 was a challenging and unprecedented year for the consumer goods companies, citing challenging macro environment occasioned by the COVID-19 pandemic.

“Companies had to battle with supply-chain disruption and diminishing consumers’ disposable income.

“Nonetheless, the group grew its top line by 2%. We noted that the group had a robust 12% revenue growth as of H1 2020 but struggled with a 7% decline in H2 2020, underpinning the challenging macros post-lockdown.

“As we advance, however, we expect revenue to recover as the economy continues to rebound”, WSTC stated.

Analysts are also expecting the reopening of the land border to boost export sales for the group.

“At the current market price of N14.00k per share, the stock trades at a forward PE of 15x, which is demanding in our opinion.

NASCON ended the 2020FY on a positive note, despite the challenges the coronavirus pandemic posed to the company’s business operations.

Analysts at Meristem Securities Limited observed the company recognized no revenue from freight deliveries and vegetable oil sales throughout the year.

It was a different experience for NASCON when compare with freight deliveries revenue of N4.21 billion and vegetable oil sales of N1.58 billion in 2019.

Analysts at Meristem Securities highlighted that revenue from salt segment now account for 90.46% of total revenues, from 68.53% in the previous year.

In contrast, sales from its seasoning segment dipped by 6.55% to N2.67 billion.

This happened despite a 3.78% climb in the segment’s cost of sales, reflecting the company’s discounted pricing strategy.

Recently, NASCON adopted discount pricing strategy in a bid to wrest market share from much bigger brands like NESTLE’s Maggi and UNILEVER’s Knorr and Royco.

Meristem Securities model a 6.00% growth in top line to N29.69 billion – supported by expectation of strong local demand for salt over 2021, and a likely return of freight deliveries.

“We identify heightened competition from unbranded smuggled products (flowing from the decision to reopen the land borders) as a key downside risk to our forecasts”, Meristem said.

“In our view, NASCON enjoyed favourable trade terms with its suppliers in 2020”, Meristem said.

It noted that most of favourable trade terms are related companies, opting to delay payments to support its cash position.

Meristem also noted that NASCON receivable and inventory days also climbed to 174 days and 114 days from 140 days and 75days respectively.

Meanwhile inventory stock was 16.50% higher – factors that suggest the company’s distributors may have struggled with making sales.

The company’s operating cycle is noted to have shortened to 224 days, from 48 days in the previous year.

Then, working capital ended the year negative (N1.61 billion), as a result of the jump in trade and other payables.

“This yields a price target of N13.00, which implied downside based on reference market closing price. Hence, we rate the ticker a HOLD”, Meristem stated.

NASCON Gets Hold, Sell Ratings ahead of Dividend Payment