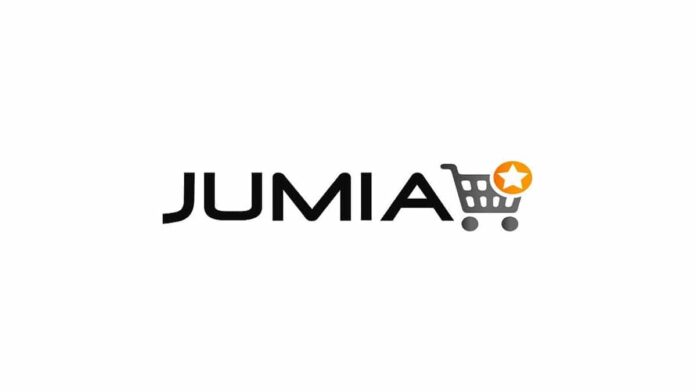 Jumia Technologies AG announced today its financial results for the fourth quarter and full-year ended where it reported that the company’s revenue drop to €139.623 million from €160.408 million.

Its unaudited financial statement shows that loss for the period slide to €160.958 million from €227.065 million in the comparable period in 2019.

The company’s annual active consumers reached 6.8 million in the fourth quarter of 2020, up 12% year-over-year with continued growth in both new and returning consumers.

However, customers’ orders plunged 3% year on year to 8.1 million on the back of a 14% decrease in digital services transactions on the JumiaPay app, while orders on the rest of the platform were stable.

Thus, the company said the trend within the digital services on the JumiaPay app is concentrated in airtime recharge transactions as a result of reduced consumer incentives within this category which has historically been promotionally intensive.

In the fourth quarter of 2020, Jumia’s gross merchandise value (GMV) printed at €231.1 million, translated to a quarter-on-quarter acceleration of 23% supported by the Black Friday’s event in November 2020.

However, the company reported that GMV was down 21% year-over-year, as the effects of the business mix rebalancing initiated late 2019 continued playing out during the fourth quarter of 2020.

Gross profit reached €27.9 million, translating to a year-over-year increase of 12% while its gross profit after fulfillment expense reached a record €8.4 million, compared to €1.0 million in the fourth quarter of 2019.

Jumia’s sales and advertising expense closed the period at €10.2 million, translating to a year-over-year decrease of 34%.

See Also: Remittance Flows to Sub-Saharan Africa to Shrink 9% in 2020

In the period, adjusted earnings before interest tax depreciation and amortisation (EBITDA) loss settled at €28.3 million, decreasing by 47% year-over-year.

“We continued to make significant strides towards breakeven during the fourth quarter of 2020”.

“Gross profit after fulfillment expense reached a record €8.4 million during the quarter.

In parallel, efficiencies across the full cost structure allowed us to decrease fulfillment, sales and advertising, general and administrative expenses (excluding share-based compensation) by 18%, 34% and 36% respectively, year-over-year.

Poignonnec said, “While 2020 has been a challenging year operationally with COVID-19 related supply and logistics disruption, it has been a transformative one for our economic model, as we firmly put the business on track towards breakeven.

“In addition, we raised approximately €203 million in a primary offering in December 2020. This strengthened our balance sheet, enhanced our unit economics and overall positioned Jumia to scale efficiently towards profitability.

“Beyond the near-term objective of breakeven, our long-term focus remains on fueling the growth of our e-commerce and payment platforms in Africa for decades to come.”

The company said it focus will continue to be on making further progress towards breakeven, emphasise it remains committed to reducing adjusted EBITDA loss in absolute terms in 2021 compared to 2020.

“The ongoing COVID-19 pandemic as well as the ensuing economic challenges result in substantial uncertainty concerning our operating environment and financial outlook.

“This may be further exacerbated by instances of social protests or political disruption, as experienced in Nigeria over the course of October 2020 as part of the End SARS campaign or in Uganda in January 2021 where internet was suspended ahead of the presidential election.

“These external factors, combined with continued focus on cost efficiency and, to a lesser extent, the continued effects of the business mix rebalancing, are likely to drive continued volatility across some of our key performance indicators,”, Jumia explained.