Input costs pressures partly driven by an unfavourable foreign exchange rate in Nigeria overshadowed private sector performance in November, according to Stanbic IBTC-IHS Markit purchasing manager index (PMI) as the Nigerian economy continues to show a stronger than expected recovery from the recession in 2020.

PMI report details further robust expansions in output and new orders helped drive a pick-up in growth in the Nigerian private sector during the month.

However, private sector performance was overshadowed by a record increase in overall costs amid ongoing global supply issues and unfavourable exchange rate movements.

It said firms were nevertheless committed to raising their inventory holdings in a bid to protect against future shortages and price hikes. At 55.0 in November, up from 54.1 in October, the headline PMI signalled a solid expansion in business conditions, bringing the sequence of growth to 17 months.

The report says central to the improvement was the joint-fastest rise in new orders for almost two years. It said higher sales to both international and domestic markets, as well as greater client requirements, underpinned growth.

Subsequently, output increased for the twelfth month running and at a quicker pace, according to the report. It added that sub-sector data shows expansions across the board, although manufacturers recorded by far the strongest increase.

“Job creation has now been recorded in each of the last ten months, with the latest expansion only modest but above the average seen for 2021 so far”.

As a result, the index hints that firms were able to keep up with demand resulting in an eighteenth consecutive monthly decline in backlogs. However, the reduction was marked and amongst the steepest in the series history.

Improving vendor performance also helped keep backlogs at bay in November, according to the PMI report for November.

The report says firms chose to pass on a large part of the burden to clients, with selling price inflation also picking up to a fresh new series high.

Despite rising cost pressures, firms continued buying activity and added to their inventory holdings as they sought to protect against future shortages. It said stocks of purchases rose at the fourth-most marked rate in the series history.

However, it registers that the degree of optimism moderated to a three-month low, and posted below the average for 2021 so far suggesting that longer-term concerns surrounding COVID-19 persist.

Speaking to the report, Muyiwa Oni, Head of Equity Research West Africa at Stanbic IBTC Bank said, “The Nigerian economy continues to show stronger than expected recovery from the recession in 2020 as reflected in the PMI which increased further to 55.0 in November from 54.1 in October.

“While the recovery is driven primarily from a recovery from low base effects of the in 2020, we continue to see volume growth in the consumer segment despite higher prices driven by rising input costs”.

However, he said the oil and gas sector continues to be a dampener, as disruption and ageing infrastructure continue to depress production levels. Stanbic Bank head of equity research said this has also limited the ability of the country to take full advantage of the high oil price environment. 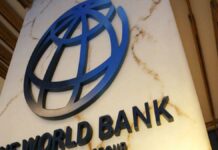 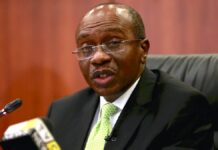