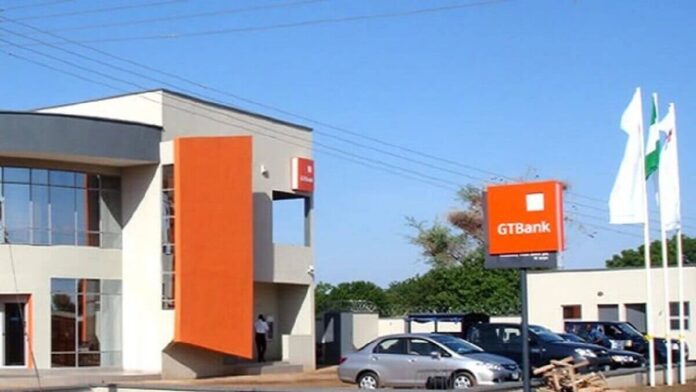 Appointed to lead the financial boutique in June 2011, Segun Agbaje is now two months away from completing a decade of stint as GTBank CEO, though lender had planned a higher position for him amidst the restructuring gambit.

Analysis of the bank audited financial statement for the last 10 years shows that Agbaje delivered N1.305 trillion cumulative profits for GTBank, as lender bottom line expanded 15.47% on the average per annum in a decade.

In addition, the bank balance sheet expanded significantly as total assets increased at least by 12.07% annually in the last 10 years, from N1.598 billion when Agbaje emerged as Chief Executive to N4.944 trillion in 2020.

MarketForces Africa however gathered that the next Chief Executive will come within the leadership rank as Agbaje comes to a close in May, 2021.

Analysts reasonably believe that lender’s successor would come from its current executive directors – a long serving members of the board is however our top pick.

Recalled that after Tayo Aderinokun demise in 2011, Agbaje emerged from within to lead the bank. In about a decade, GTB has recorded big and heavy lift under Agbaje

To us, the next person to lead the multi-award winning lender is one of the oldest executive director, Odeyemi Ademola.

Why do we think so?

Hunt for Next CEO: Many banks have their succession planning statements in their audited report. A sampled statement reads, “That successors are nominated based on experience, skills and competencies through an automated process by current role holders in conjunction with the Human Capital Management Group”.

It was gathered that leadership baton is most likely to fall on one of these executive directors as non-executive directors are not considered for the viable position. This is based on the assumption that lender’s succession planning would support internal ranking.

It would be noted, GTBank failed to announce new Deputy Managing Director (DMD) after its erstwhile DMD Cathy Echeozo retired in 2017.  The bank’s shareholding structure however shows Agbaje owns 0.141% of the shares outstanding, while Odeyemi own 0.032% – no other executive director measure up in terms of their shareholding, GTBank document indicates.

In September 1996, GTBank became a publicly quoted company. With year on year increase in earnings profile, some analysts believe that the company is expected to trade breakout as stock face resistant sustaining N1 trillion market capitalisation.

Analysts noted the orange brand has been unable to sustain the mark on the stock market years after listing on the local bourse, due to volatile market condition and investment orientation of the local investors – in part.

This is happening despite the fact that there is so much to like about the lender’s earnings profile, its dividend payout and assets quality not to mention its capital adequacy position.

Of course, that could come with some pint of distaste but the bank has come out to be Nigeria’s leading financial institution – in numbers, service and leadership quality.

In one of its recent earnings conference call, an equity analyst asked if Agbaje was looking at buying the bank share back of the market as NSE has proven to be less rewarding.

When Agbaje took over the leadership baton at GTBank in 2011, the bank’s total balance sheet size was just N1.08 trillion, the audited financial position for 2010 indicates.

By the year end 2015, GTBank total assets expanded to N2.524 trillion.  Between 2011 and 2014, Agbaje expanded loans and advances to customers the same way he double down on customers deposits.

As at 2015, the bank has increased its customers deposit liabilities to N1.610 trillion.

The bank’s total equity also expanded fast and furiously as the need to grow balance sheet increase amidst rivalry in the sector.

GTBank’s gross earnings expanded 4.58% year on year to NGN455.23 billion in 2020 on the back of a relatively strong growth in non-interest income.

In the year, the bank non-interest income swelled up 11.06% above amount reported in financial year 2019. Interest related income surged marginally at 1.53% as a result of low interest rates environment that underscore the Nigerian economy.

In a new report, analysts at Meristem Securities said the bank’s non-interest income was buoyed by FX revaluation and financial instruments trading gains, as fee-based income (net) declined significantly by 14.80%.

Meanwhile, other than the spike in impairment charges, costs were largely kept in check with cost-to-income ratio at 38.24% – below management guidance of 40%- from 36.11% in 2019.

The bank’s improved current and savings account (CASA) mix and low cost of funds that dropped to 1.19% from 2.30% in 2019 helped mitigate the impact of higher operating expenses.

GTBank impairment charges in 2020 were significantly higher than expected even after accounting for the impact of the pandemic, analysts at Meristem stated.

“Management however clarified that the unusually high impairment charge was the result of its assessment of the credit conditions of a particular obligor which necessitated higher provisioning in line with IFRS 9”.

In addition, analysts think the devaluation of the Naira during the period warranted higher provisioning on Stage 2 and 3 foreign currency loans.

The firm however said this was mainly as a result of higher gross loans and advances as it also noted that the quality of loans to individuals deteriorated sharply to 9.24% from 4.85% as at 2019.

“Although more needs to be done by the bank in order to bring NPL ratio within prudential limits, we do not envisage any material deterioration on asset quality over the near term given its robust risk management framework and general improvement across vulnerable sectors such as Oil and Gas, Retail and SMEs”, Meristem Securities stated.

While Agbaje is set to transfer the bank leadership; update on restructuring now indicated that the bank may be unable to transit to holding structure as initially planned.

Meristem Securities analysts explained that the plan to convert the bank to a holding company is now in its final stages. Initially projected to be completed by Q1:2021, the plan suffered a setback in timelines due to the COVID-19 pandemic; and is now expected to be finalized by second half of 2021.

The proposed holding company will have in its portfolio the extant banking business, a payments company, an asset management company as well as a pension fund business. Management indicated that it intends to leverage on its solid retail banking business to drive operations of the new businesses.

“In our view, the bank is well positioned to create value for shareholders from the new businesses given its strong brand appeal, and track record of delivering innovative banking solutions”, Meristem explained.

Furthermore, the bank’s African (ex-Nigeria) franchise is set to gain significance in terms of contribution to group performance with the creation of GTB Nigeria, GTB West Africa and GTB East Africa.

While Management weighs the option of business expansion through mergers and acquisitions in the rest of Africa, it is confident that it can drive scale via its planned fintech capabilities.

Analysts however raised EPS forecast to NGN6.99 from NGN6.93 after its assessment of the banking, noting that this implies an after-tax profit growth of 2.11% year on year.

“We note that 2020 EPS (NGN6.84) outperformed our projection (NGN6.77), driven mainly by stronger than expected decline in cost of funds and FX revaluation gains.

“Our 2021 EPS forecast is premised on stronger net interest margin in view of the uptrend in interest rates and management guidance that asset repricing is highly likely by H2:2021”, the firm added.

GTBank shareholders have approved the Holdco Structure. However, the Bank noted that the process is in the final stage of regulatory approval, as such, operations in 2021 will run as HoldCo for at least half of 2021.

On succession, management noted that all succession plans have been completed and corporate reorganization has been designed to sustained efficiency such that total number of Board members for the HoldCo (8) and the Bank (7) will be close to the current number of board members.

The bank said all announcements will be made once final approval and licensing has been secured. In term of operations, the Bank sees GTBank ex-Nigeria contributing 30.0% of gross earnings over the next three years as the HoldCo structure will help strengthen the Bank’s diversification strategy.

United Capital analysts said in a note that the management had hinted that the structure will include the Bank (GTBank Nigeria), Banking Subsidiaries (GTBank UK, West & East Africa), Asset management & PFAs as well as the FinTech/Payment service business.

“We maintain a positive bias for GTBank, at a target price of N39.9/share we retain our BUY rating. This is based on earnings stability, operational efficiency, prudent risk management strategy, robust profitability, dividend consistency and a stable corporate governance outlook”, analysts explained.

Give or take, United Capital analysts said they expect the bank to sustain its solid net interest margin and cost of fund positioning due to its huge and growing retail customer deposit base.

Also, bottom-line will continue to be supported by the bank’s outstanding cost to income ratio which is expected to stay below the 40.0% threshold in 2021, analysts added.