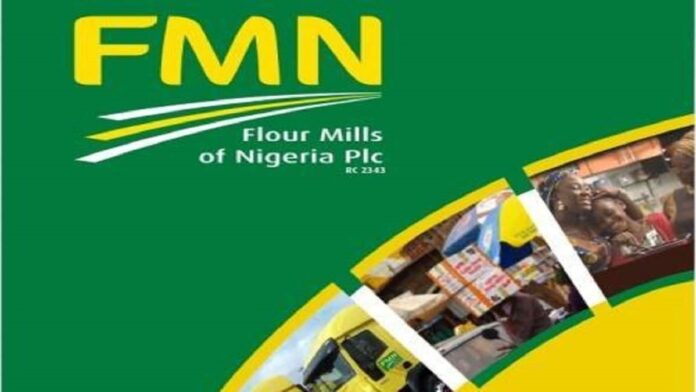 Due to its better-than-projected performance, FMN estimates including the target price have been upgraded as optimism rises further.

This places the expected revenue in the fourth (Q4) at ₦194.2 billion, translating to a 29% growth over comparable quarter in its previous financial year.

Meanwhile, Vetiva capital projected to a 6% year on year increase in operating expenses for financial year 2021.

This projection was hinged on the fact that FMN has been able to set up three Regional Distribution centres in the North, with expansion plans to include four more centres possibly in this quarter.

Then, analysts have rated the stock after the outbreak of coronavirus ushered significant increase in demand.

In its 9-months financial statement, analysts express optimism as they call the result an enviable scorecard.

In 2020, the pandemic ushered in fortunes for FMN – thrives in chaos as one of the leading consumers’ goods operators that served human need in pandemic.

CSL Stockbrokers Limited said in a report that its result showed significant topline growth, buoyed by improvements across all business segments.

It was specifically noted that the food and sugar-value chain segments were the two fastest-growing segments.

These segments jerked up 31.21% and 33.41% year on year respectively while the agro-allied and support services chipped-in with growths of 29.86% and 25.63% respectively.

The investment firm explained that there was a 31.1% year on year rise in gross revenue to N555.34 billion, trumping, significantly, analysts’ revenue expectation on annualized basis.

“The lockdown of Nigeria’s land borders in Q3:2019, which stopped the infiltration of smuggled-cheap substitutes for products within the food and sugar value chain segments, remained supportive of the company’s performance.”

Following strong demand, analysts stated that growth in revenue was steeper compared to the 29.0% year on year rise in cost of sales to N466 billion as of 9M 2021.

Explaining the impact, analysts stated that the cost components excluding depreciation all drove cost of sales in the period.

Repairs and maintenance jerked up 14.38% N8.1 billion, insurance surged 38.35%  N0.54 billion and other expenses increased 25.41% N5.9 billion; reflecting the improved volume of output in the business.

Analysts said the mild increase in expenses is a result of the tapered growth in administrative expenses adjusted for depreciation in 9M 2021, rising 6.48% to N16.4 billion.

In what has consistently become a drag to overall operating performance, the firm booked net operating loss of N14.6 billion in the period.

This loss is due to the current FX environment and its impact on its FX payables in the support services segment.

On the back of this, earnings before interest and tax grew 40.8% year on year to N34.8 billion in 9M 2021 compared with N24.6 billion in the corresponding period of last year.

The decline in the cost line was mainly driven by significant growth of 356.6% in finance income in the period.

This compared with 13.98% growth in finance costs to N14.9 billion reduce pressure, following an improved flow of liquidity into the business.

FMN’s cash flow improvement was evidenced by a +209.7% rise in cash and cash equivalents of the company.

In the period, analysts believe that continued expansion across segments accelerates the company’s growth.

This sustained the impressive growth momentum from the first half of financial year.

The company reported a 6% increase in volume, driven by its emphasized focus on business to customers (B2C) marketing and investment in key distribution strategies.

Thus, although cost of sales increased 29%, Vetiva Capital said this was mostly from input sourcing challenges and other inflationary pressures.

This comes in addition to a 6% surge in operating expenses, as the company’s operating margin grew 1ppt to 6%.

Expect a strong close to the year.

To end the financial year, analyst at Vetiva Capital said they are still bullish on the company’s volumes, despite the possible headwinds that the AfCFTA poses.

The firm’s positive disposition was anchored on Flour Mills of Nigeria’s solid investments in new products and distribution as well as its placement in the value segment.

However, analysts indicated that they remain cautious on growth expectations for the agro-allied segment.

In terms of margins, analysts are expecting largely stable conditions -at least in line with the current run rate.