The European Commission, EU, has completed its cartel investigation into the Foreign Exchange (FX or Forex) spot trading market by imposing fines on five banks, according to a statement released today.

The Commission has adopted today a decision imposing a total fine of € 261 million on the four banks that decided to settle the case, namely UBS, Barclays, RBS and HSBC. The Commission has also fined Credit Suisse € 83 million under the ordinary procedure.

Commissioner Margrethe Vestager, in charge of competition policy, said: “Today we complete our sixth cartel investigation in the financial sector since 2013 and conclude the third leg of our investigation into the Foreign Exchange spot trading market.

“Our cartel decisions to fine UBS, Barclays, RBS, HSBC and Credit Suisse send a clear message that the Commission remains committed to ensure a sound and competitive financial sector that is essential for investment and growth.

“Foreign exchange spot trading activities are one of the largest financial markets in the world. The collusive behaviour of the five banks undermined the integrity of the financial sector at the expense of the European economy and consumers”.

The Commission’s investigation focused on the trading of the G10 currencies, the most liquid and traded currencies worldwide.

It said when companies exchange large amounts of different currencies, they usually do so through a Forex trader. The main customers of Forex traders include asset managers, pension funds, hedge funds, major companies and other banks.

The Commission’s investigation revealed that some traders in charge of the Forex spot trading of G10 currencies, acting on behalf of the fined banks, exchanged sensitive information and trading plans, and occasionally coordinated their trading strategies through an online professional chatroom called Sterling Lads.

These information exchanges enabled the traders to make informed market decisions on whether and when to sell or buy the currencies they had in their portfolios, as opposed to a situation where traders acting independently from each other take an inherent risk in taking these decisions.

Occasionally, these information exchanges also allowed the traders to identify opportunities for coordination, for example through a practice called “standing down”, whereby some of them would temporarily refrain from trading to avoid interfering with another trader.

The fines were set on the basis of the Commission’s 2006 Guidelines on fines. In setting the fines, the Commission took into account, in particular, the sales value in the European Economic Area achieved by the cartel participants for the; products in question, the serious nature of the infringement, its geographic scope and its duration.

Under the Commission’s 2006 Leniency Notice, UBS received full immunity for revealing the existence of the cartels, thereby avoiding an aggregate fine of ca. € 94 million.

Barclays, RBS, HSBC benefited from reductions to their fines for cooperating with the Commission’s investigation. The reductions reflect the timing of their cooperation and the extent to which the evidence they provided helped the Commission to prove the existence of the cartel in which they were involved.

In addition, under the Commission’s 2008 Settlement Notice, the Commission applied a reduction of 10% to the fines imposed on Barclays, HSBC, RBS and UBS, in view of their acknowledgement of participation in the cartel and of their liability in this respect.

Since Credit Suisse did not cooperate under the leniency or settlement procedures, it did not benefit from any reductions granted within those frameworks.

The Commission has however granted a total reduction of 4% to reflect the fact that Credit Suisse is not held liable for all aspects of the case. #EU fines UBS, Barclays, RBS, HSBC, Credit Suisse €344m for FX Cartel 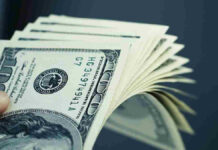 Dollar Steadies Against Major Currencies Ahead of Data Release 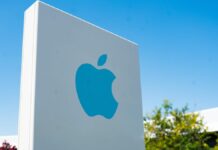 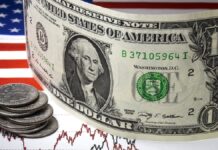