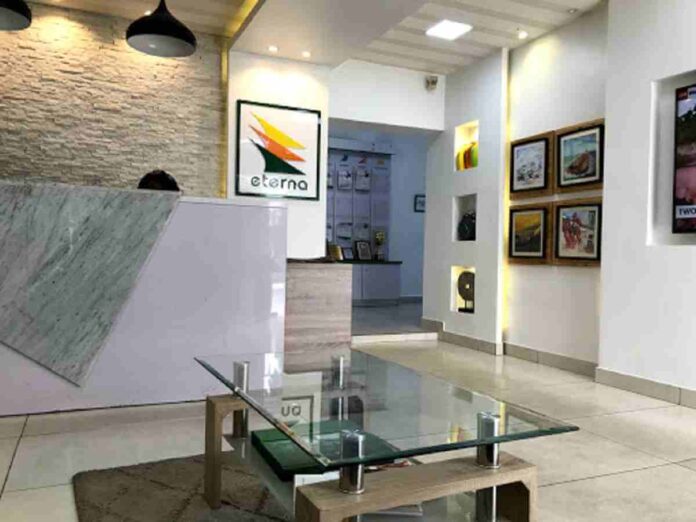 Eterna Plc. revenue tumbled to 5-year low over weak crude lifting but management acted decisively to stem negative impacts of the coronavirus on operations in the pandemic year 2020.

Instead of gloating over revenue losses, the company started to act as agent to transactions. However, analysts projected that operation will return to normalcy in 2021 on a gradual economic recovery projection.

In its equity report, Meristem Securities appears positive on the outlook, noting that ETERNA has revised its business operations with improved cost profile.

Revenue from the trading segment – contributed 2% to total revenue from 72% in 2019- dropped by 99.37% on account of the company’s decision to amend its crude lifting contract with clients.

During the year, analysts said ETERNA acted as an agent to transactions, receiving commission as revenue to stay afloat as against crude lifting deals.

“From our assessment, we suspect the drop in crude oil demand alongside FX risk, would have initiated this new policy”, Meristem Securities stated.

Nevertheless, analysts noted the company still recorded a significant FX loss of NGN354.06 million in 2020, compared to gain of NGN33.25 million realized in the previous year.

Similarly, fuel and Lubricant sales dipped by 15.46% year on year and 16.75% respectively as against record level growth reported in 2019.

“Both segments suffered decline in sales volume, stemming from movement restrictions ensuing from the pandemic, as well as the company’s low retail presence – less than 30 stations nationwide”.

Meristem said with the fuel segment now accounting for 77% of total revenue, management would need to expand its retail presence to spur topline growth going forward.

Given this backdrop, the firm expectation is that fuel segment will drive revenue growth in the coming year (supported by price and volume increase) – as analysts envisage that the new trading policy would continue.

Analysts believe the improved markup came largely from the revised trading policies made with clients during the year, which pulled material costs down by 76.58%.

In contrast, analysts stated the company’s operating expenses grew by 18.20% owing to 17.03% increased depreciation expense as well as 621.3% uptick in employee benefits.

Notwithstanding the increase in employee cost, earnings before interest and tax (EBIT) margin still edged higher by 2.61%. Similarly, the company’s finance income plunged by 87.72% due to the low interest environment.

Meristem Securities explained that this reflected positively on finance costs, which dropped by 39.77% year on year thereby supporting profit before tax growth of 391.88%  to NGN548 million.

“We highlight that ETERNA utilized tax credits totaling NGN167.75 million and deferred tax of up to NGN398.09 million, thereby resulting in a net tax credit of NGN392.90 million for the period”, analysts remarked.

The positive outturn pretty supported the company’s earnings profile amidst the pandemic as ETERNA return on equity was strengthened by 845bps to 7.31%.

Analysts at Meristem Securities spotted a cash conversion cycle jerked up 2x to 66 days during the financial year, arising from longer receivable days at 69 days record level from 32 days in 2019.

It was noted that this lax credit terms subsequently impacted cash flow from operation, which dipped by 86.76% to NGN1.26 billion in 2020.

“Our assessment suggests lenient credit terms were extended to customers, considering the headwinds encountered in the industry. However, we expect a gradual return to normalcy in 2021, which should bring receivables lower and improve cash flow”, analysts noted.

For 2021, analysts at Meristem Securities project an earnings per share (EPS) of NGN0.79 and price earnings ratio of 7.56x, which brought target price to NGN5.97 – an implied downside potential of 0.46%, when compared to its reference price.