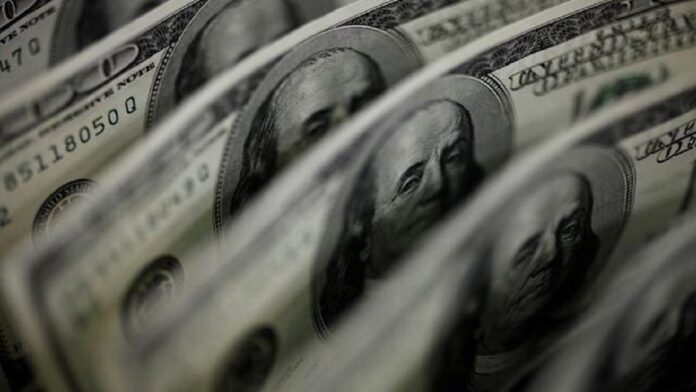 With oil prices expected to remain around $50 per barrel amidst exports constraint by the Organisation of Petroleum Exporting Countries and allies (OPEC+) commitments, Nigeria will likely take advantage of investor interest and issue $3-4 billion this year, says Institute of International Finance (IIF) in macroeconomic update.

It said this is due to Nigeria-IMF disagreements over the multiple exchange rate regime and as investors remain hesitant to fully reengage in Naira denominated debt following recent problems with access to foreign currency.

“As of February 2021, twenty African countries owe a total of $134 billion in Eurobond debt, with SSA accounting for roughly 60%”, IIF added.

Barring a dramatic shift in market sentiment, it said African issuers will likely encounter high interest from foreign investors, indicated by the remarkable recovery in asset prices over the second half of 2020.

Though, some investment banking analysts have advised against planned issue, saying it will raise foreign exchange risks due to scarcity of foreign currencies.

In Nigeria, economic growth has been struggling for lack of foreign inflow due to weak investors’ sentiments over multi-tiered exchange rate and apex bank capital control.

IIF said following a significant shift in market sentiment in the second half of 2020, Sub-Saharan African (SSA) sovereigns’ regained access to international bond markets, while Northern African countries had largely preserved their ability to issue.

In its update on African Eurobond issuance this year, it explained that since third quarter of 2020, four sovereigns tapped the Eurobond market.

These African countries that went for Eurobond credits include Benin, Côte d’Ivoire, Egypt, and Morocco.

The Institute however expects others African countries to follow suit in 2021.

It added that favorable liquidity conditions, thus, allow for the rollover of maturing debt and the financing of wider fiscal deficits.

The Institute thinks this will also compensate for less support from International Finance Institutions (IFIs) following large disbursements in 2020.

However, IIF stated that medium-term concerns remain as African countries face repayments of close to $100 bn over 2021-32.

The total came as a result of high issuance in recent years – summed up to $147 billion over 2009-20 – taking advantage of the persistent low-interest rate environment in the aftermath of the GFC.

“Amortization challenges differ markedly within the region, both in terms of the outstanding amount in GDP terms as well as the average remaining maturity of the debt”, it added.

IIF update indicates that despite both COVID-19-related cross-regional developments as well as idiosyncratic concerns, market sentiment appears to be broadly favorable across Africa, with most countries’ bonds trading at or even above pre-pandemic levels.

“As of February 2021, twenty African countries owe a total of $134 bn in Eurobond debt, with SSA accounting for roughly 60%.

“The continent’s three largest economies—Egypt, South Africa, and Nigeria—have issued more than 50% of the total”, the Institute added.

“We expect most of the largest issuers to return to the market in the coming months—following successful issuances by Côte d’Ivoire, Egypt, and Morocco, and Benin with the exception of Angola where recent unfavorable debt dynamics triggered sovereign rating downgrades by all three agencies”, it added.

The report stated that risks in most countries are perceived as moderate and stable.

It added that barring a dramatic shift in market sentiment, African issuers will likely encounter high interest from foreign investors, indicated by the remarkable recovery in asset prices over the second half of 2020.

As noted, IIF said Bonds of the continent’s largest economies are trading at or above pre-pandemic levels, with the exception of Zambia.

The country defaulted on coupon payments at the end of last year.

Ethiopia is also fingered for the exception, due to the authorities’ recent commitment to the G20 “common framework” which has raised questions regarding the restructuring of Eurobonds.

However, it said non-Paris Club official creditors are the primary focus of the initiative rather than bond holders.

Specifically, IIF update hints that a number of Sub-Saharan African sovereigns are likely to tap the Eurobond market in 2021.

These countries include South Africa where the National Treasury has signaled that it would raise $3 billion from the international bond market during 2021/22 (April 2021- March 2022).

“With oil prices expected to remain around $50/bbl and exports constrained by OPEC+ commitments, Nigeria will likely take advantage of investor interest and issue $3-4 bn this year.

“This will alleviate external financing pressure as a multi-year IMF program is currently unlikely due to disagreements over the multiple exchange rate regime and as investors remain hesitant to fully reengage in NGN-denominated debt following recent problems with access to foreign currency”, it explained.

It also noted that Ghana’s parliament approved the issuance of $3-5 billion last year.

However, depending on market conditions, and the country’s deteriorating fiscal position, it will require significant external financing this year.

“Given such concerns, we believe that markets will likely not absorb more than $3.5-4 billion”, it added.

Due to significant issuance in recent years ($8 billion over 2018-20), the Institute registered that Eurobond debt is expected to reach close to 20% of GDP in 2021, raising questions regarding the sustainability of the current financing model.

In Kenya, while authorities are committed to moving away from non-concessionary financing and staff-level agreement over a three-year $2.4 billion combined ECF/EFF was reached with the IMF in recent days.

IIF said a smaller issuance is possible to pre-finance upcoming repayments while interest rates are attractive.

It was noted that recent clarifications from ratings agencies on the treatment of DSSI participation have encouraged authorities that access to the Eurobond market can be preserved while achieving debt relief from official creditors.

However, IIF said the case of Ethiopia shows that a lack of clarity can trigger significant market reactions and sovereign ratings downgrades.

The update added that Egypt is by far the largest issuer on the African continent with total Eurobond debt standing at $38.6 billion following the sale of additional $3.75 bn last week.

It noted that demand also extends to the local debt market, where foreigners are attracted by continued high yields, a stable exchange rate, and the IMF program as macro policy anchor.

“FDI inflows may continue to decline modestly to around $5 billion and remain concentrated in the energy sector; more FDI in manufacturing and in the digital economy will be needed.

“Thus, it is likely that Egypt will tap the international market again this year—possibly to the tune of $3 billion—and in 2022”, the Institute explained.

Overall, it believes Egypt’s external funding picture warrants caution as the current account and fiscal deficits will widen this year, and debt amortization remains high in the coming years.

“We expect the fiscal deficit to widen to 8.5% of GDP in 2020/21 because of lower growth in tax revenues and scaled-up spending.

“The recent rollover of short-term debt and financing from the IMF have eased external financing needs and shored up official reserves”, it added.

“The projected sharp decline in receipts from tourism, however, will widen the current account deficit to 4% of GDP in 2020/21”.

Beyond Egypt, IIF believes that Morocco will tap the international market with an issuance of around $2.5 billion this year. #

Meanwhile, Tunisia will need to rely on concessionary funding under a new IMF program to address high financing needs, as external debt of 90% of GDP would give investors pause.

“We expect total issuance by African sovereigns to rebound this year, reaching around $25 billion up from $15 billion in 2020, largely as a result of a pickup in Sub-Saharan Africa, from only $5.2 billion last year”.

Thus, 2021 will see the third largest number on record—below only $26.6 billion in 2019 and $28.8 billion in 2018—indicative of the dramatic positive shift in market sentiment in second half of 2020 following the COVID-19-induced selloff in the first half of the year.

“While high demand from foreign portfolio investors alleviates financing pressure in the short run, medium-term concerns will only grow.

“Countries in the region face around $100 billion in Eurobond repayments over 2021-32, $58 billion of which are accounted for by Sub-Saharan African sovereigns.

“Rolling over of maturing debt could become significantly more expensive in the coming years should the prevailing low-interest rate environment come to an end”, IIF explained. 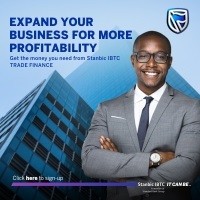 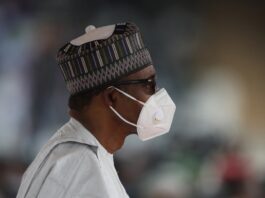 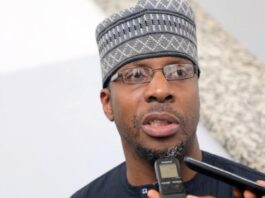 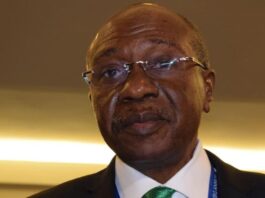 ABOUT US
About Us: MarketForces is a media platform Registered Under LSintelligence Associates for strategic opinions about economic policies strategy and corporate analysis from today's leading professionals, investors, entrepreneurs and analysts on the risk and opportunities surrounding industry shaping businesses and ideas. D/L:08052076440, 08112626316 https://www.dmarketforces.com
Contact us: [email protected]
FOLLOW US
© Copyright 2019 LSintelligence Associates. All Rights Reserved
Share on Facebook Share on Twitter