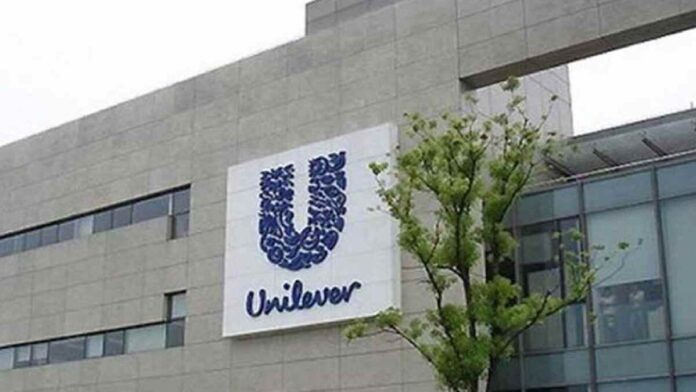 It has been cold outturns for Unilever Nigeria Plc. as loss making streaks continues in the first quarter of financial 2021 despite gradual economic recovery that follows the pandemic-induced pressures.

In its equity analysts report on the ticker, United Capital dropped target price to N11.46 per share following an adjustments made to its forecasts as well as update on valuation inputs. On that note, equity analysts downgrade Unilever Nigeria rating from buy to sell as loss-making streaks persists.

For more than 2 years in a roll, Unilever Nigeria has been breaking value as costs continue to run ahead revenues, resulting to loss in 2019, 2020 and in the first quarter of 2021.

Unfortunately, the company also face with another unimpressive year as analysts projected that Unilever Nigeria operating income could be negative in the year.

According to the reports, Unilever Nigeria revenue grew marginally in 2020, up 2.4% year on year to N62.0 billion. However, its total costs outpaced income by N4 billion.

And there was a repeat in the Q1-2021 as the company declared yet another loss for the period ended March, 2021 to the tune of N0.5 billion.

In Q1- 2021, the company’s revenue surged 45.7% year on year to N19.4 billion. However, analysts at United Capital remarked that the improved topline was undermined by huge cost pressures and impairment booking.

As a result, UNILEVER recorded a loss of N4.0bn in FY-2020 and N0.5 billion in Q1-2021. Below, we update our model estimates for UNILEVER, based on the recently published numbers and provide our expectations for the rest of the year.

In providing expectation for 2021, United Capital said they have reviewed Unilever Nigeria estimate, lowered the company’s target price to N11.46 from N15.00 per share.

Unilever Nigeria Plc.’s revenue resurgence continued in Q4- 2020 and Q1-2021, analysts recognised in the review. Overall, in the financial year 2020, the company’s revenue grew marginally by 2.4% to N62.0 billion.

Looking at both quarters, it would be observed that the company’s demand came up significantly, but hydra-headed ugly cost profile eclipsed in totality the improvement recorded.

Across business segments, United Capital said revenue for year 2020 was driven by decent growth in Food segment revenue that jerked up 18.8% year on year, while disappointing performance in Home & Personal Care dropped by 12.4%.

It was noted the weakness in the HPC business segment reflects severe competition from lower priced brands amidst tight consumer wallets.

That said, United Capital believes the impressive growth in Q1-2021 was driven by growth in both business segments as HPC and Food recorded strong growth.

Unilever Nigeria recorded improved revenue from HPC segment that expanded 52.6% just as sales from Food jerked up 40.3% year on year in the period.

However, analysts at United Capital said they noted the surge in revenue was largely price-driven as Unilever (in line with industry trend) raised prices on several of its products amidst climbing cost pressures.

Thus, while decent improvements were recorded in financial year 2020, the company remains a long way off prior cost efficiency levels, analysts explained.

“The cost pressures have been exacerbated by resurgence in commodity prices, particularly crude (price of Linear Alkyl Benzene, a key material in Detergent & soap production is tied to crude price movements) and palm oil”.

This has informed recent price increase across the company’s brands. The price increase appears to be driving some improvements as cost margin which printed at 77.0% in Q1-2021, lower than 79.3% in 2020 and recent three-quarter average of 80.7%.

In 2020, although operating expenses declined 7.5% to N15.2 billion, and the company booked impairments worth N3.8 billion on receivables.

Analysts explained that the surge in operating expenses reflects broad based increases in Brand & Marketing cost which jerked up 63.3% in addition to 53.3% uptick in overheads as service fees increased 124.5% year on year.

Still stuck in the woods:

The Company’s cost pressures continue to derail gains from improving revenue, analysts at United Capital stated as they noted that Unilever Nigeria finance income (now an important revenue item due to the company’s huge cash balance), declined 26.1% to N1.5 billion in 2020.

The decline was attributed to lower yield environment. However, analysts said it was inadequate in keeping the company from making a loss.

In its financial year 2020 scorecard, the company recorded loss before tax and loss after tax which printed at N4.6 billion and N4.0 billion, respectively.

Looking ahead into financial year 2021, analysts at United Capital said they expect the company’s revenue to continue its upward trajectory.

“Our expectation is premised on the company’s recent price increases on several of its products, which we believe would support price-driven growth.

“Our viewpoint is further bolstered by the fact that price increments in the FMCG space have been industry-wide and thus we do not expect a dramatic fall in UNILEVER’s volumes.

“That said, we note competition among brands in the FMCG space (particularly among players in Home and Personal Care segment) remains tough”, United Capital explained.

Overall, the investment firm forecasted a revenue growth of 24.5% year on year to N77.1 billion as analysts expect the high base effect of H2-2020 to smoothen growth rates.

However, analysts anticipate that the company will continue to face cost pressures.

“Thus, while we model a lower cost margin of 78.0% (driven by improved pass-through effect of recent price increment), we do not expect cost efficiency to return to pre-2019 levels.

That said, analysts said they expect the resurgence in the yield environment to revive finance income which feeds into 38.5% year on year forecast increase in finance income to N2.1 billion.

“We expect this to help return the company back to profitability for the first time in three years”, United Capital stated.

The investment firm is expecting the company’s net income to print at N0.9 billion in financial year 2021.

Following the adjustments made to its forecasts as well as update on valuation inputs to reflect the changing yield environment as well as increased macroeconomic risks, United Capital lower target price to N11.46 per share.