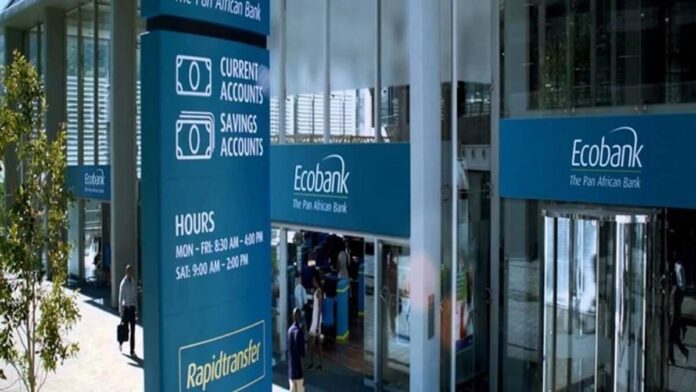 Ecobank Transnational Incorporation (ETI) stock has been rated buy on robust asset quality and expectation of a better earnings outlook in the financial year 2021.

In its financial year 2020, asset quality improvement underscores the Pan-African lender’s focus which resulted to balance sheet clean up.

In addition, the bank funding cost declined on the back of low interest rate environment in its major market amidst moderation in the group cost to income ratio.

It was however noted that improvement in Ecobank Nigeria added much value to the group following the management restructuring effort.

In an equity report, Meristem Securities said despite having a rough start in the year, ETI’s 2020 financial scorecard was better than expected.

The bank’s financials exhibit negative growth posted across all non-interest revenue streams, including fees income which plunged 2.49% and 4.19% drop in net trading income.

The bank’s reported growth in interest income which was driven by 20.07% increase in income on treasury bills, 13.82% surge in earnings from investment securities while customer loans  yielded +3.41%.

Cumulatively, these accounted for 96.14% of total interest income.

“Our 2021 projection is a +14.56% year on year growth in gross earnings to NGN963 billion supported by both 17.18% expected increase in interest income and 8.77% upsurge in non-interest income”, Meristem stated

Analysts observed a decline in interest expense which came 22.95% below 2019 figure despite the 20.88% increase in interest bearing liabilities to NGN9,050.21 billion.

On decomposition, Meristem Securities noted this was due 30.61% increase in low-cost deposits, which now constitute 82.45% of total customer deposits and 66.73% of total interest-bearing liabilities.

This was worsened by the one-off impairment charge on goodwill of NGN62.49 billion and the monetary loss of NGN23.12 billion resulting from operating environments experiencing hyperinflation.

“We expect profit after tax to advance by 68.58% to NGN56.88 billion in 2021 as cost reduction efforts yield more results and the effect of one-off impairment charge fizzles”, analysts stated.

Meristem Securities hinted that while acknowledging that there is more to be done, analysts are not oblivious of the improvements recorded in the overall performance of the Nigerian subsidiary.

“We like the 1,250.97 basis points reduction in the segment’s cost-to-income ratio to 82.42%, as operating expense dropped by 3.40% year on year”, Meristem Securities hinted.

“We expect the restructuring efforts to permeate the segment more in 2021 and support continuous improvement in its performance”, analysts said.

Moreover, NPL ratio waned to 7.64% from 9.72% in the previous year, indicating an overall improvement in asset quality.

Meristem Securities said its outlook on ETI suggests an upside of 89.76% as analysts set target price at N9.39, thus recommend the ticker for a Buy.