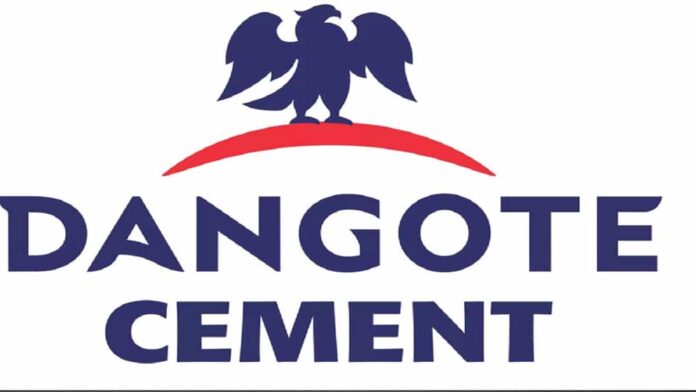 Dangote Cement Plc has debunked price hike, noting that the company has not increased its price per bag of cement since 2019, saying distributors and retailers’ are culprits raising prices across channels.

Meanwhile, there have been reactions that Dangote Cement has been ripping Nigerians off selling cement at higher price than in other African countries.

Cement market channels checks show that a bag of Dangote Cement now sells at N3,300 while there are some retailers that claim logistics expenses and other auxiliary overheads make them sell above company’s price, selling between N3,400 -N3,600 per bag.

Reacting to MarketForces Africa analysis on the company’s performance, Anthony Chiejina, Group Head, Corporate Communication at Dangote said the company has not increased price since 2019.

“We have not increased our price since 2019”, Anthony told MarketForces Africa analyst.

However, commenting on whether it is possible that distributions/retailers are adjusting price without consulting the company, Chiejina said they are the culprits.

He pointed that retailers are responsible for the price hike, taking advantage of recent development in the country.

“They go under the cover of any misfortune. You can’t control human greed”, The company has not increased price, nothing that middlemen/distributors are responsible for price increment since 2020”.

Adelabu A., cement retailer at Magboro area of Ogun State told MarketForces that price adjustment did not come directly from the company.

Also, another retailer, Segun A.A explained that distributors are responsible for price adjustment. He added that no one could fault the cement middle men really as Nigeria operating environment has become so tough.

The retailer added that demand has not really been affected as Dangote cement is noted for quality when compare with other brands.

In their reports, analysts separately noted that rising energy, material costs were key drivers of price increments witnessed since 2020.

In a report, CSL Stockbrokers Limited hinted about channel check conducted and noted that price has been adjusted upward from N2,550 per bag to N3,300 in the pandemic year.

Dangote Cement delivered aggregate revenue growth of 28.7% year on year in the latter part of the year (Q4-2020), driven by favourable volume and price mix.

That, together with an 11.9% year on year growth in average realised price, supported revenue for the quarter.

“We like that Dangote Cement revenue came in at N1.03 trillion, in line with MTN Nigeria and Airtel Africa that deliver over N1 trillion revenue among the companies listed on the Nigerian Stock Exchange.

“We, however, highlight that, unlike MTN Nigeria that generates all of its revenue from Nigeria, Dangcem’s and Airtel Africa’s revenues include revenues generated from outside Nigeria”, Chapel Hill Denham stated.

Analysts explained that most of the growth stemmed from the blend of higher volume which expanded +8.6% and realised prices that increased +6.8% year on year.

The company’s financial statement showed that regionally, revenue in Nigeria grew by 31.3% in Q4-2020, following a blend of strong volume outturn that expanded 21.7% and 7.7% higher average price.

Management had previously hinted that the recovery in cement demand, following the COVID-19 downturn in Q2-2020, was on the back of a stronger private consumption; with recovery in public demand still at a snail pace amid pressure on public finances.

“In our view, the unprecedented low yield environment witnessed in the period bolstered the appetite for real estate investment, with a positive connotation for cement demand.

“We understand that Dangote cement sustained its aggressive promotion, a strategy aimed at warding off competition”, analysts said.

Management explained to analysts that the strong volume growth, witnessed in 2020, was necessitated by its “Bag of Goodies – Season 2” promotion.

Across its different regions of operation, while higher infrastructure spending in Cameroun and Congo supported sales volumes. For the full year, the company’s earnings per share came in at 36.9% year on year higher than 2019 earnings result.

“Dangote Cement ability to implement price increases in Nigeria, especially in a pandemic and an intensely competitive environment highlights its dominance..

“We believe that the company’s scale, superiority, and efficiency will allow it to respond quickly to any price pressure, without a significant negative impact on margins”, Chapel Hill Denham said in a report.