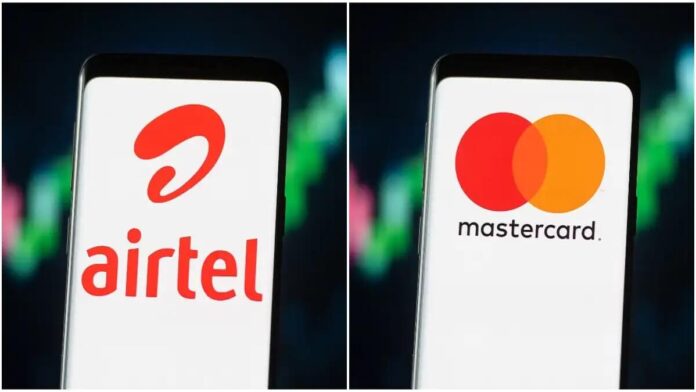 Airtel Africa, a telecommunications and mobile money services company, says it has signed an agreement under which MasterCard will invest $100 million in Airtel Mobile Commerce BV (AMC BV).

According to a statement by the Telco, AMC BV is a wholly owned subsidiary of Airtel Africa plc.

It stated that AMC BV was the holding company for several of Airtel Africa’s mobile money businesses across all its 14 operating countries.

The statement noted that Airtel Africa’s mobile money business was worth $2.65bn on a cash and debt free basis.

It added that Mastercard would hold a minority stake in AMC BV upon completion of the Transaction, with Airtel Africa continuing to hold the majority stake.

“The Transaction is subject to customary closing conditions including necessary regulatory filings and approvals, and the transfer of specified mobile money business assets and contracts into AMC BV.

“Alongside the investment, the Group and Mastercard have extended commercial agreements and signed a new commercial framework which will deepen their partnerships across numerous geography areas including card issuance, payment gateway and payment processing among others’’.

Raghunath Mandava, Chief Executive Officer at Airtel Africa, said: “With today’s announcement we are pleased to welcome Mastercard as an investor in our mobile money business, joining The Rise Fund which we announced two weeks ago’’.

He said this was a continuation strategy to increase the minority shareholding in its mobile money business with the further intention of listing this it within four years.

“We are significantly strengthening our existing strategic relationship with Mastercard to help us both realise the full potential from the substantial opportunity to improve financial inclusion across our countries of operation.

“The combination of our extensive customer base, distribution platforms and Mastercard’s products and services, we can accelerate demand and drive growth in financial services for the benefit of all our customers and markets, “Mandava said.