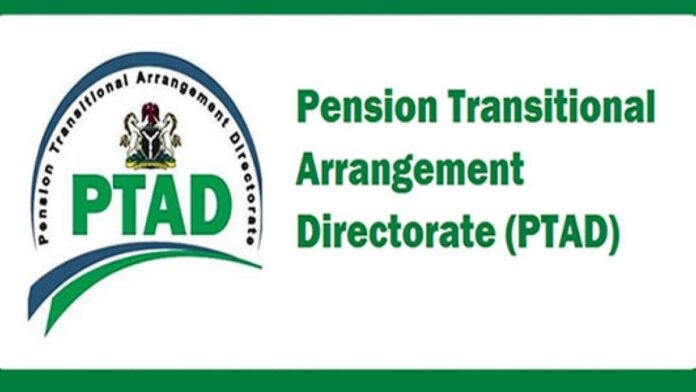 The Pension Transitional Arrangement Directorate (PTAD), on Tuesday, announced it had N6.2 billion, clearing the pension arrears of 16,210 pensioners, according to a statement by Mr Gbenga Ajayi, PTAD’s Head of Corporate Communications.

Ajayi, who issued the statement in Abuja, on behalf of Dr Chioma Ejikeme, the Executive Secretary of PTAD,  said that the directorate had initiated a project which reviewed, computed and recomputed to pay the money to the beneficiaries.

The statement added that the directorate had embarked on an expanded re-validation and re-computation exercise in a bid to clear all pensions arrears, resolve all complaints of short payments, outstanding gratuities for the Civil Service Pensioners and their Next of Kin (NoK).

“This is in fulfilment of the promise made by the Ejikeme at the directorate’s press conference in September 2020, where she declared a state of emergency on the payment of outstanding entitlements to pensioners and set-up an expanded project team to ramp up on the computation of benefits for all verified Civil Service Pensioners.”

According to the Executive Secretary, the project was targeted at reducing the number of complaints received by the directorate on short payments, qualified pensioners not on payroll and other outstanding benefits to the pensioners and the NoK of deceased pensioners.

“During the exercise in September 2020 – March 2021 a total of 46,284 pensioners’ files were reviewed for end-to end quality assurance.

“A total sum of N6.2 billion naira has been paid as arrears of gratuity, monthly payments and one-off payments to 16,210 Pensioners/Nok that are qualified for the payment after the computation.

“Over 1,000 qualified pensioners not on payroll, post verification, have been put on the payroll and their arrears paid”,  Ejikeme said.

She said that the key aspect of the project geared towards continuous resolution of complaints had ensured that pensioners with outstanding documents e.g., bank statements, BVN and other required documents were contacted to resolve their complaints effectively.

Also, calls were put across to the affected pensioners, letters were also written requesting them to forward documents to the directorate for the resolution of their complaints, she added.

Ejikeme assured that by the end of the second quarter of 2021, all issues relating to short payments, gratuity and other forms of arrears for civil service pensioners would be settled, and also assured that pensioners’ welfare and wellbeing remained of utmost priority to her.