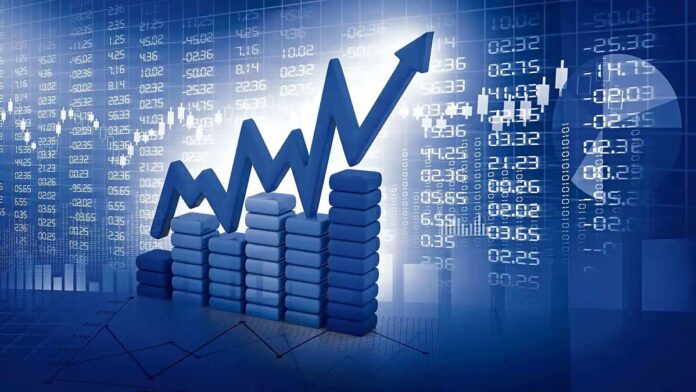 The average yield on Nigerian Treasury Bills spikes strongly on Monday to 11%, according to trading data. However, while there is an expectation that the yield curve will shift upward after an interest rate hike in the fixed income market, the yield on Federal Government (FGN) bonds tracks lower.

In the debt capital market, there has been a more serious buying interest in the bond instruments despite a slowdown in economic growth. Pension Funds Administrators are currently holding about 70% of pension assets in the Bond instruments.

On the other hand, to manage liquidity requirements, deposit money banks remain active players in the Nigerian Treasury bills market.

Also, the average yield on open market operation (OMO) bills remained steady while analysts intensify predictions that Nigeria’s inflation rate will surge strongly due to a spike in the price of petrol motor spirit (PMS).

While Nigeria’s inflation rate remains at a double-digit high, the return on naira assets has been unimpressive across the financial market. In the equity space, year-to-date return fell below 11%, compared with 21.09% in October 2022.

In the money market, short-term rates decline strongly liquidity pressures in the financial system reduce. Lower inflow into the space had put pressure on rates, while cash-rich Nigerian deposit money banks were demanding higher rates to part with their funds.

However, the open buyback rate (OPR) and the overnight lending rate (OVN), declined further to 9.50% and 9.63%, according to data from the FMDQ Exchange platform.

Specifically, the overnight lending rate contracted by 125 basis points to 9.63%, a level that analysts relate to the absence of any significant financing pressures in the market. Trading activities in the secondary market for the Nigerian Treasury bill ended on a bearish note on Thursday, as the average yield expanded by 181 basis points to 11.0%.

Across the curve, Cordros Capital said in a market report that the average yield was flat at the short and mid segments but expanded at the long (+482bps) end following the selloff of the 343-day to maturity(+14.8ppts) bill. Elsewhere, the average was unchanged at 10.1% in the OMO segment, according to traders.

In the bond market, the values of FGN Bonds were flat for the majority of maturities tracked despite the average secondary market yield contracting further by six basis points to 14.31%. READ: Yield on T-Bills Spikes, Bond Slides Small as Naira Falls

Across the benchmark curve, traders said the average yield contracted at the short (-15bps) and long (-5bps) ends as investors demanded the MAR-2024 (-43bps) and MAR-2036 (-24bps) bonds, respectively.

Conversely, the average yield was flat at the mid-segment. Meanwhile, the value of the FGN Eurobond decreased for most maturities tracked by Cowry Asset Management amid sustained bullish sentiment. Hence, the average yield compressed by 16 basis points to 11.49%. # Nigerian Treasury Bills Yield Spikes, Bonds Bump