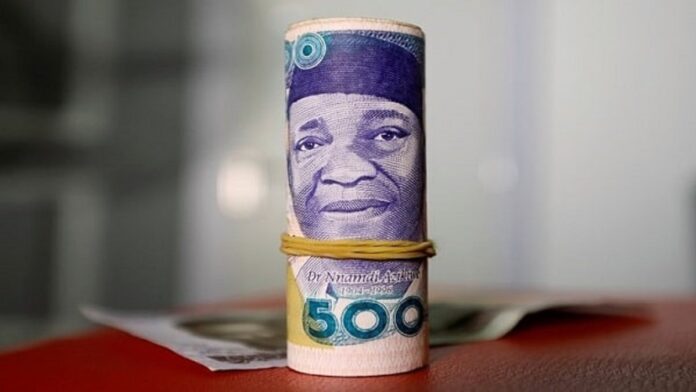 The Institute of International Finance, IIF has said in a report that total stock of foreign-owned short-term instruments estimated at $10 billion raise the risk of another capital outflow if FX is accessible to skeptical investors.

The Institute stated that Nigeria’s external financing picture worsened markedly in 2020, the situation that was mostly driven by the outbreak of coronavirus pandemic, apart from other structural challenges.

Due to monetary policy authority FX demand management policy, foreign investors have been on the sideline waiting for appropriate policy that will price in uncertainties in the Nigeria’s economy into investment play.

However, Economists at the Institute stated that the concurrent decline in global oil prices (by roughly 34%) and oil production cuts due to OPEC+ commitments were key factors that impacted the nation financial position.

Experts believe that oil production cuts due to OPEC+ commitment would likely resulting in a volume drop of more than 10%.

The macroeconomic note stated that Oil-related dynamics alone should reduce merchandise exports by close to $20 billion compared to 2019.

However, it was also observed that import compression driven by economic contraction (estimated to have reached 3.2% in 2020) and FX shortages should, however, offset some of this effect and limit the overall current account deficit to around 4.2% of GDP from 3.6% in 2019.

On the financial account side, the Institute explained that changes in the composition of non-resident flows going back to 2018 are putting pressure on external financing in the context of the COVID-19 shock.

“This has led to a pronounced increase in capital flows volatility.

“While short-term portfolio debt outflows predate the onset of the pandemic—reaching almost $13 bn in 2019Q3-2020Q1 following inflows of roughly $17 bn in 2019H1—foreign investors have not reengaged in local debt despite a marked shift in market sentiment in 2020H2”, IIF reckoned.

Experts attributed the developments to investors’ inability to exchange repayments into FX and a shift of real interest rates into negative territory.

However, IIF stated that in 2020Q2, FX cash outflows through the CBN reached their lowest level since 2017—at approximately $1.5 billion per month.

Together with the risk-off sentiment in global financial markets, an unwillingness to reinvest within the country due to unattractive real interest rates as a result of sharply higher inflation, led to a significant backlog, peaked in the summer and stood at around $2 billion in September.

“Since then, the CBN has reduced backlog to about $0.8 billion. Nevertheless, foreign investors remain cautious and flows into local debt are unlikely to pick up in the near term”, IIF posited.

IIF stated in the report that the total stock of foreign-owned short-terms instruments is estimated at $10 billion, raising the risk of further capital outflows if FX is accessible to skeptical investors.

As many other SSA countries, Nigeria received financial support from the IMF, in this case $3.4 billion under the Rapid Financing Instrument (RFI).

“While the external financing picture is likely to remain bleak for some time, we believe that further support within the framework of a multi-year program is unlikely.

“This is largely due to the authorities’ unwillingness to address the multiple exchange rate regime.

“This is not surprising as Naira depreciation would put additional pressure on households, which have already suffered from substantially higher inflation in recent months.

“However, Nigeria will likely be able to tap the Eurobond market should it require additional capital inflows in 2021”, the Institute noted.