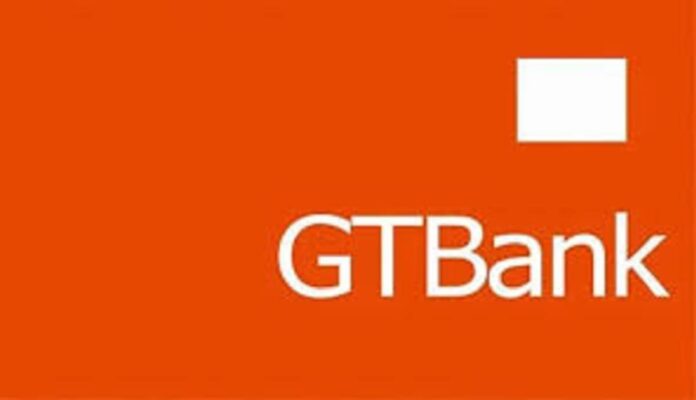 In a survey conducted by the rating firm, GTBank recorded the highest user experience score of 74.2 compared to 79.4 recorded by the highest-ranked bank (Zenith Bank), in the 2019 edition of the index.

On the scale, Zenith bank has dropped down the line to fourth position according to the report.

It recognised that the increasing use of mobile banking has also been backed by the growing base of mobile phone users, which has grown by a five-year compound annual growth rate of 6% to 184.4 million as the end of 2019.

“Approximately 82% of the survey respondents are aware of their respective bank’s mobile banking service while internet banking recorded a 57% awareness.

“While the level of USSD banking awareness of 48% was comparably lower than the aforementioned services, it increased from 45% in the 2019 survey”, Agusto explained.

This has helped the prominence of USSD banking, the firm added.

According to Agusto, the respondents are least aware of WhatsApp and other virtual banking platforms (such as the chat bot service and telephone banking), with only 6% of the respondents indicating their knowledge of these services.

In addition to the vast digital service offerings provided by banks, the research found that there are still several key desired services.

These include a chat option with a relationship officer, which was chosen by 67% of the survey respondents, the report reads.

The report stated that approximately 39% of the survey respondents would like to have a further breakdown of their bank statements to reflect their spending habits.

In line with its level of awareness, the report stated that mobile banking applications are widely used across the coverage banks.

Backed by substantial investments in digital banking technology in the past few years, over 70% of the survey respondents rated their banks either excellent or average on the ease of navigation.

Mirroring the situation with ease of navigation, a large percentage of the survey respondents are satisfied with the level of security provided on their respective digital banking platforms.

It said commercial banks typically require multi-factor authentication on their platforms, which we believe has driven the good ratings.

Agusto added that troubleshooting is the crux of service delivery on digital channels.

Evidenced by improving customer service delivery and performance management, it stated that a good number of respondents have rated their banks as excellent in the resolution of technical issues.

“Approximately 67% of Union Bank’s respondents feel the resolution of their issues is treated excellently, while 59% of Ecobank’s customers (sampled in the survey) also feel the same.

“Approximately 30% of the survey respondents are not willing to change to another bank’s digital banking platform.

“We believe this to be due to the homogeneity in the service offerings and common complaints across the banks”, Agusto report indicates.

The report revealed that all banks had well over 50% of their respondents indicating an unwillingness to switch to another bank’s platform.

However, Union Bank recorded the highest number of respondents (88%) unwillingness to switch to another bank’s platform.

In comparison to the three other age groups, respondents above 55 years are less willing to switch to another bank’s digital banking platform.

“We believe this to be due to the cumbersome process of opening an account and the onboarding process for digital channels”, Agusto stated in the report.

Explaining how the survey was conducted, Agusto stated that consumer digital banking satisfaction index for Nigerian banks takes into account many factors.

These include ease of navigation, range of services available on the platforms and the level of awareness, perceived security strength and transaction success rates are some of the factors considered.

It said these factors were embedded in the survey questions administered, and then aggregated using various weightings, with responses benchmarked to expected performance indicators developed by Agusto & Co. score categories.

The report detailed that based on the digital banking satisfaction index’s parameters, GTBank recorded the highest user experience score of 74.2 compared to 79.4 recorded by the highest-ranked bank (Zenith Bank), in the 2019 edition of the index.

Zenith Bank’s ranking fell to 4th position (a user experience score of 70.9) this year largely due to lower ratings in transaction success rates and troubleshooting & IT support.

The Bank’s position was also upheld by the significant level of awareness of its digital banking services compared to the other banks in the sample.

FirstBank scored the second highest (72.3) while Access Bank was a close third with a user experience score of 71.1.

In addition to transaction success rates, Agusto stated that quality of troubleshooting and IT support and the level of awareness of digital banking offerings, were also strong ranking factors.

The report reads that approximately 46% of the survey respondents are aware of digital/neo banks.

However, given that it’s a new trend in the financial services space, respondents above the age of 55 years are comparably less aware (17% awareness).

Despite the recorded awareness of digital banks, Agusto stated that only 34% of the respondents that are aware of these banks had an operational bank account.

This indicates an opportunity for these banks to penetrate the retail space.

Out of these account holders, a significant 59% have a banking relationship with Piggyvest, 19% bank with V by VFD (V Bank), 16% with Kuda Bank and Alat by Wema (15%).

The 2020 consumer digital banking survey reiterates the crux of customer complaints, which is customer service delivery.

With increasing homogeneity in the services banks provided across their digital channels, the ability to provide good customer service is a key differentiating factor and also essential to enhancing user experience.

The COVID-19 pandemic has driven an increasing use of digital channels and created an opportunity to grow transaction income across the various platforms.

In addition to benefits to commercial banks, this has also provided the digital (neo) banks with an avenue for growth.

The survey indicates that only 46% of the survey respondents are aware of digital banks.

“We expect this to increase as many more consumers of banking services make use of digital media and other platforms, which will ultimately boost the visibility of these banks”, Agusto stated.

Overall, the firm believes there is a need for more dedicated investments in customer service and relationship management to support growing traffic across digital banking channels.

“In addition, due to the fast-evolving nature of the digital banking space, we believe cybersecurity remains very crucial”, Agusto stated in the report.