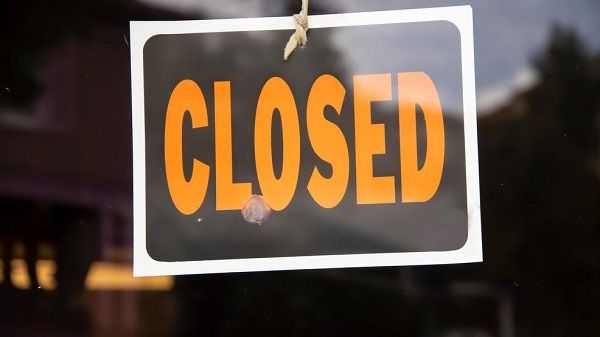 Executive chat: coronavirus has marked down my business – MD

Obviously, there will be corporate casualties in various sectors following the coronavirus pandemic.

Though, there are victors given the intrinsic opportunities; but the vanquish would come in a large number.

Many informal business owners would feel the pains of economic lockdown than their counterparts in a well-structured business environment.

It has been forecasted that business advisory services practitioners would have works to do before and after this virus mess clears.

Many businesses would need advisory support services to re-balance, optimize and re-strategise.

However, there may be contraction in numbers of businesses that would be able to re-open after the pandemic – some by choice, strategic re-evaluation and due to collateral damages.

Some sorts of government intervention for the private sector could do the magic, otherwise, Benson Investment is open for sale, a business owner declared.

Benson Investment in the eyes of the storm

Mr. Kolawole Benson, the Managing Director at Benson Investment (BI) was operating a retail hardware and software services that was already struggling to survive.

Though, the pandemic started having impacts on the business as far back as December, 2019 because its hardware and other related accessories were imported from China.

It was a usual issue for the company not to fulfill an order due to capital constraints.

Then, foreign exchange rates moved against BI budgeted cost and customers were demanding for goods.

To adjust price in a short term would mean losing customers, most of these premium clients happens to be large cap companies with negotiation advantage.

Between December, 2019 and February, BI was unable to deliver on purchase order worth N2.5 billion.

Normally, BI earns about 40% margin on sales of this magnitude noting that it has lax credit policy in place.

Now, the goods are not coming. In terms of foreign exchange, the business is under pressure as margin keeping dropping.

How would businesses that trades on imported technologies, hard and software among other accessories survive?

Before the domino falls

BI was set up after Kolawole left his job at Lloyd  Plc as General Manager; having spent 18 years with various employers.

Kolly, a nickname given by friends and associates, thought the theories he learned at MBA class would do the magic until he found himself seeking professional advisory services.

Experience has shown him that there is a wide gap between theories and realities. He confirmed that case studies of Nigerian companies would be preferred for executives education more than – Enron, Parmalat etc.

To Kolawole, he understands the whole value chain in the industry and is willing to explore the market by opening his own business.

For his pockets, this was rather a tall order, overrated ambition and quite impossible. But he did it, anyway.

“The only thing that prompts me was the burning desire to have a business. I thought to myself, the end of the retail game is to build sales.

“Thus, I see myself having an edge given my connections with clients and suppliers. I have been around for a while”, Kolawole said.

“I have the chance to leverage on my contacts; many of whom I have developed personal relationship with as business development executive earlier in my career.

“If I don’t take the chance, I may have to be here and wait to be retired or even sacked as employees are often first target when a company want to reduce cost”, he added.

Aside the global pandemic, like many Nigerian owned businesses, there is always mountains to climb. He was doing well up to a point when certain issues started cropping up.

For owners managed businesses of his kind, there is no rule about doing things right the first time and doing the right thing.

Though, for the first 3 years, Kolawole ran a profitable business, did Billions of naira in revenue and profit.

But one day, the Titanic hit the iceberg! Until such point, many business owners look at themselves as almighty in their various segments.

They often forget there is always a rule to the game. What happened to BI is normal thing that was not prepared to encounter.

First, the company was growing at a level that its capital cannot sustain. The energy Kolawole was putting into the business at early stage appeals to the clients.

Some customers by nature don’t care how a Business Development Executive that has been relating with their company under a name they were used to change to another company.

Such transition doesn’t really mean much to them as long as you are properly registered as one of their supplier.

Kolawole didn’t know that the more the company grows, the more the capital that needs to be injected. BI was growing faster than its capital base.

Then, because orders could not be fulfilled just in time as agreed in various purchase order signed, some customers started sending queries and frown at how the company was degenerating into abysmal performance.

Overdraft and short term loans could not solve the issue due to the magnitude of the purchase order and value involves.

Equity injection is not feasible as Kolawole would really love to go alone. Loans, almost all Nigerian Banks see risk in the business, not opportunities. It was a dead end!

Unfortunately, BI was negotiating from weak position. This was because; the company operates in direct competition with bellwether IT resellers with network, experience and deep pockets.

And the customers could only offer standard credit policy with net, 90 days minimum.

This is easy because average resellers are making twice the market profit margin to close gap in cost of financing as a way to compensate for loose credit policy.

Raising short term funds was compounded due to lack of proper record keeping in the company.

Many sole proprietors are yet to grasp why their business accounts should be separated from their personal accounts. That’s one of the areas where Kolawole goofed as an entrepreneur.

Funding from third party became tough, as there was not record to assess the performance of the business over the period.

And, financiers don’t take business owners words without discounting its face value. They see each statement as sales pitch instead; they get down to work by looking at the numbers.

Then, the local tax authority knocked at the door. BI as a value reseller has an obligation to collect value added tax on behalf of the government. Inside the company, many things were not right. From sheer ignorance to complete unethical practice combine with attempt to evade tax.

BI invoice include 5% VAT, but the company won’t just file return as at when due for years.

Kolawole thought getting an account officer with relevant experience will cost the company more.

But he was wrong. Not getting an experienced accounts officer cost far more.

Again, the company was maintaining poor records for its withholding tax certificates (WHT).

Many times, WHT would not be collected from the company’s customers.

Many times, many of this would not be found and when the company income tax obligation matures, instead of using some of its WHT, the company would instead use cash.

Quite a number of time when Lagos State Internal Revenue Service zonal area where the company operates raise tax audit, trust the auditors, there is always a way out.

Sometimes, the Kolly would call for an overdraft from a bank. You don’t really want to know how much this cost the business that is struggling.

At the relevant tax office, BI often found itself begging for reduction in assessed tax liabilities mark up with penalties or engaged in some underhand deals.

It is suffice to say that many members of staff at the tax authority have their clients that they are watching their backs.

If you can’t meet up your tax liabilities, there is always a way out. BI settled its case at local tax office.

But it doesn’t always last long before another officer knocks…Again?

Kolawole said, “After my encounter with handling these issues in my business, I think the lesson will make me a better Chief Executive Officer in my next ventures.

My advice for business owners is to put their eyes on things that matters.

Rules can be flexed, Principles don’t fail. The thing is, those mistakes I made didn’t really worth it at all. They are avoidable and I have learnt that growth could mean Greed – sometimes!”

Executive chat: coronavirus has marked down my business – MD

Want to have executive chat with our team? Please talk to us through email: editor@dmarketforces.com or call Ogochi: 08077884656 or visit: MarketForces

This executive chat is put together for business owners to share their experiences.

How to Get Money Lending License in Nigeria

How to Start Sports Betting Business in Nigeria