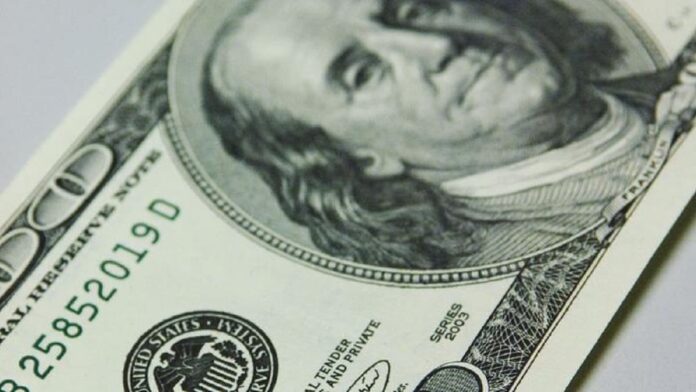 In a new report, the Institute of International Finance, IIF, said in the coming years, African countries are faced with about $100 billion Eurobond repayments.

The IMF’s Common Framework (CF) for Debt Treatments beyond the Debt Service Suspension is a new instrument for dealing with sovereign debt vulnerabilities.

However, Fitch Ratings noted the CF has been made available to the same set of countries that are eligible for the Debt Service Suspension Initiative (DSSI), involves the same group of 39 official bilateral creditors from the G20 and the Paris Club.

African countries ramped up foreign currencies debts to meet their separate sovereign fiscal obligation in the face of COVID-19 economic damages in 2020.

But while the DSSI aims to provide fast relief to the pandemic shock for a broad range of low-income countries, Fitch said the Common Framework focuses on cases involving a challenging debt burden.

The Ratings added that the priority is on maturity extensions, while haircuts are reserved for exceptional cases.

In their separate debt sustainability assessments, it was noted that both Republic of Congo and Mozambique have slipped into distress.

Among the 10 African countries with high risks are Cameroon, Cabo Verde, Ethiopia and Ghana. Others are Kenya, Laos, Maldives and Zambia.

Fitch thinks that decision to seek debt restructuring under the IMF framework announced last November by the G20 and the Paris Club is unlikely to be compatible with a rating higher than ‘CCC’.

“This has been reflected in our decision to downgrade Ethiopia’s rating to ‘CCC’, from ‘B’ with negative outlook this month following its announced intention to seek CF treatment”, it added.

It explained that this sovereign ratings apply to borrowing from the private sector.

“Official bilateral debt relief, such as that extended under the G20 Debt Service Suspension Initiative (DSSI), does not constitute a sovereign default under the definition in Fitch’s sovereign rating criteria.

However, the Ratings held that the common framework, unlike the DSSI, requires debtor countries to seek treatment from private-sector creditors at least as favourable as that agreed with G20/Paris Club official bilateral creditors.

“Fitch would determine the rating implications of a CF-related private-sector restructuring through the lens of the agency’s definition of a distressed debt exchange (DDE)”, the report reads.

It considers a restructuring to be a DDE, which constitutes a default event, if there is a material reduction in terms and the exchange is necessary to avoid a traditional payment default.

“A private-sector restructuring under the CF is likely to qualify under these criteria”, the Ratings agency noted.

It said there are still scenarios under which an intention to seek CF treatment might not entail private-sector restructuring.

“The G20/Paris Club official-sector creditors could, for example, make an exception to the requirement of private-sector treatment, or a sovereign might not follow through on a decision to apply for CF treatment.

“Nonetheless, we do not consider exemptions of all private-sector creditors likely, given that the G20 has repeatedly encouraged private sector participation in the DSSI”, the report stated.

Further evidence that a sovereign will be accessing CF treatment associated with private-sector restructuring could lead to a downgrade to ‘CC’, meaning a default is ‘probable’.

The publication of a consent solicitation for bondholders could lead to a downgrade to ‘C’, and its acceptance a further move to Restricted Default, ‘RD’.

The rating would be upgraded to a level reflecting its post-restructuring fundamentals shortly thereafter.

The Ratings explained that the pool of 73 countries eligible for treatment under the CF is the same as that for the DSSI, including 22 Fitch-rated sovereigns.

“However, the CF is targeted towards countries with debt burdens that are challenging from a liquidity or solvency perspective, so the IMF’s debt sustainability analysis (DSA) will be an important factor in determining its use.

“Countries will need to enter an IMF programme as part of a CF deal, requiring potentially difficult policy adjustments. Requesting CF treatment may also affect their ability to access debt markets. We believe these factors will make some countries reluctant to seek CF treatment”.

Fitch emphatically stated that Cabo Verde, Cameroon, Ghana and Kenya are the only sovereigns classified by the IMF as being at ‘High’ risk of debt distress that are currently rated higher than ‘CCC’ by Fitch.

“At present we do not expect any of these four sovereigns to seek CF treatment”.

The report said Ghana, for example, while facing a high debt burden, has not participated in the DSSI, partly out of concerns over market access.

“We believe that its government would take significant measures to conserve market access, and may be reluctant to bind itself to the fiscal targets of an IMF programme”, it added.

The Ratings however added that Pakistan with B-/Stable ratings, Mongolia B/Stable and Nigeria B/Stable are also eligible for CF treatment, but the IMF assesses them under a different DSA methodology, which uses less delineated classifications.

Fitch said the Ratings does not currently expect any of these three countries to seek CF treatment.

Many African countries raised their debt profiles due to the outbreak of covid-19 in 2020 amidst low economic performances.

While the pandemic handed a strong and veritable alibi for ramping up debts, many of the sovereigns were high on foreign loans before the pandemic struck.

IIF said, following a significant shift in market sentiment in the second half of 2020, Sub-Saharan African (SSA) sovereigns’ regained access to international bond markets, while Northern African countries had largely preserved their ability to issue.

The Institute noted that since third quarter of 2020, four sovereigns tapped the Eurobond market—Benin, Côte d’Ivoire, Egypt, and Morocco—with others expected to follow suit in 2021.

It added that favorable liquidity conditions, thus, allow for the rollover of maturing debt and the financing of wider fiscal deficits.

This will also compensate for less support from International Financial Institutions (IFIs) following large disbursements in 2020.

However, medium-term concerns remain as African countries face repayments of close to $100 bn over 2021-32 as a result of high issuance in recent years ($147 bn over 2009-20), taking advantage of the persistent low interest rate environment in the aftermath of the global financial crisis.

IIF however noted that amortization challenges differ markedly within the region, both in terms of the outstanding amount in GDP terms as well as the average remaining maturity of the debt.

Despite both COVID-19-related cross-regional developments as well as idiosyncratic concerns, market sentiment appears to be broadly favorable across Africa, with most countries’ bonds trading at or even above pre-pandemic levels, it added.