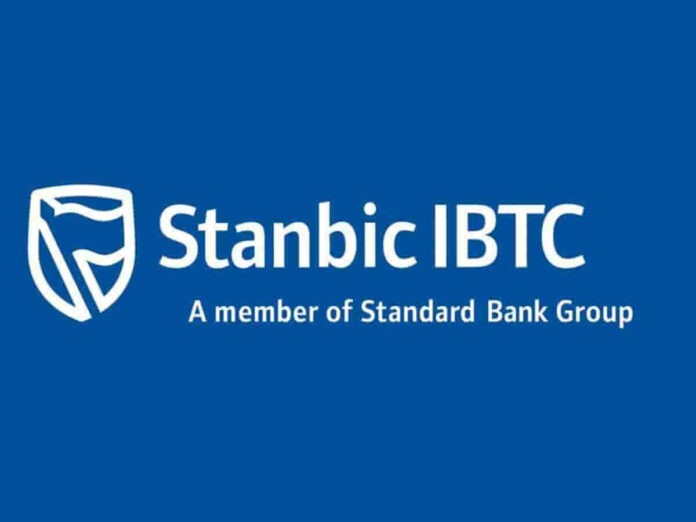 The marginal increase in topline was driven by double-digit growth in non-interest revenue while interest income declined by 12% due to the low-interest-rate environment.

Similarly, interest expense decreased by 26% culminating from repricing of deposits and improvement in deposit mix towards cheap funds.

However, net interest income declined by 5%. Meanwhile, non-interest revenue swelled up 15%, bloated by a significant surge in trading income.

So, lender’s profit after tax increased by 11% as a result of a lower effective tax rate of 12% in the pandemic compare to 17% recorded in the corresponding year.

The group’s interest income decreased by 12% from N120.41 billion to N105.78bn, despite the comparative growth in interest-earning assets.

This is coming at the time when the bank increased its loans assets significantly amidst 65% loan to deposit ratio benchmark set by the Central Bank of Nigeria.

WSTC Securities limited explained that rates on risk-free securities lowered significantly, and the group had to contend with severe cash reserve ratio debits by the CBN.

The double-whammy of a low-yield environment coupled with regulatory headwinds drove the interest income decline in 2020, analysts added.

It was noted however that deposit repricing and improved deposit mix lowers Stanbic IBTC cost of funds by 100 basis points with the group’s interest expense down 26% from N42.58 billion to N31.56 billion.

On falling interest expenses, analysts said the decline was on the back of deposit repricing by the group due to the low-interest-rate environment and improved deposit mix towards cheap funds.

WSTC said the significant growth in deposit base was informed by a 44%, 41% and 72% growth in current, call and savings accounts, respectively, while the expensive term deposits declined by 36% YoY.

Analysts explained that due to the higher decline in interest income (in absolute terms) compared with interest expense, net interest margin decreased by 5% from N77.83 billion to N74.22 billion in 2020.

Consequently, the bank net interest margin declined by 100bps to 4% in 2020 just as analysts indicated that a surge in trading revenue lifts non-interest income despite pressure on fee income

WSTC said following the regulatory-induced reduction in banking and pension fee structure, the group’s fee and commission income were under pressure.

Accordingly, it was noted that most of the line items declined, especially the banking fees.

Analysts reiterated that the growth in asset management fee was on the back of the significant increase in the group’s asset under management during the period.

So, lender’s non-interest revenue came at N124.71 billion in from N108.76 billion, accounted for 53% of the group’s gross earnings in 2020 as against 47% a year ago. Accelerated provisioning and weakened macros impacted the group’s asset quality, analysts added.

Stanbic IBTC Holdings credit impairment charges rose 5x from N1.63 billion to N9.94 billion, the surge was on the back of the disruptive impact of the COVID-19 pandemic on businesses, according to analysts.

The group thus accelerated provisioning on delinquent facilities due to the weakened macros. However, Stanbic IBTC Plc.’s non-performing loan (NPL) ratio stood at 4%, well above the regulatory threshold of 5%.

Nonetheless, the credit loss ratio worsened by 140bps to 2% while cost-to-income ratio improved due to prudent cost management and positive jaws.

WSTC Securities limited explained that the muted growth in operating expense was due to the recovery of N3.10 billion for a litigation settlement, which resulted in a write-back of provision for legal costs, levies, and fines.

Furthermore, analysts added that growth in other expense lines was muted despite the double-digit inflationary environment.

Nonetheless, staff cost grew by 2% from N40.62 billion to N42.14 billion due to inflationary adjustment on salary. On the back of muted growth in operating expenses, the group’s cost-to-income ratio improved by 300bps to 47%.

“We note the group’s attractive earnings profile based on its diversified business model. While interest income declined in 2020, the group made up for the shortfall by growing non-interest revenue.

“While we acknowledge that the bulk of the growth was from trading income, which we term unstable, fee and commission income increased slightly despite the decrease in transaction volume amid a reduction in fees”, WSTC stated.

The investment firm explained that as the economy continues to rebound, it expects growth in the group’s income lines.

“We believe that the rebound in interest rate will support earnings in 2021. Besides, we note that the group has open positions (short) in government bonds and treasury bills worth about N53.49 billion as of 2020.

“Given the significant reprisal in yields since the beginning of the year, we expect material gains from trading revenue in 2021”, the firm indicated.

After adjusting for the proposed bonus issue of 1 for 6, analysts at WSTC Securities said they have a forward earnings per share of N6.85k and a fair value estimate of N36.63k per share on the stock.

At the current market price of N48.95k, the share offers a price and dividend return of -25% and 7%, respectively, which puts the total return at -18%. Thus, WSTS Securities revise recommendation to SELL.