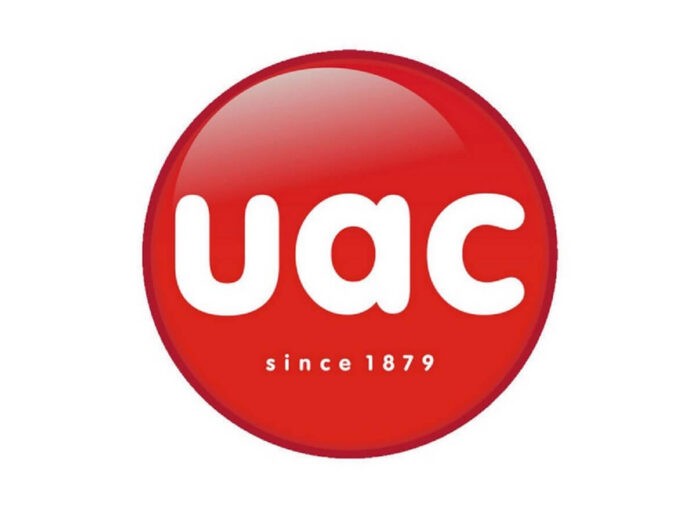 Though, earnings performance was unimpressive despite restructuring but there are indications that United Africa Company of Nigeria (UACN) Plc is bracing for growth after decades of ups and down in the fast moving consumers’ goods segment.

In 2020, the company returns negative amidst pandemic-induced economic stress as analysts remain optimistic that UACN restructuring effort could be the last card on its strategic table to propel much desire level of growth after years of non-performance.

Meristem Securities noted in an equity report that UPDC previously accounted for the largest portion of UACN’s borrowings and the divestment from the business further strengthened earnings.

Meanwhile, the decision is noted to have resulted to lower finance cost in 2020 and analysts said they are expecting this to continue into 2021

Analysts noted that while three of the firm’s four product divisions witnessed improvement in revenue despite the challenging macroeconomic environment, the group’s overall performance lagged that of 2019.

The group packaged foods & beverages and the quick service restaurants (QSR) grew by 8% and 14%, respectively in Q4-2020.

The combine effects of the top line performance bear strong on the company’s operating profit which grew 40% from N1.13 billion in Q4 2019 to N1.58 billion.

Analysts attributed this to lower operating expenses during the quarter. In Q4-2020, the Group recorded an N858 million income representing its share of profit of associates. Meanwhile, there was no such income in the comparable period in 2019.

On a full-year basis, UACN recorded a 3% revenue growth from N79.20 billion in 2019 to N81.36 billion amidst pandemic-induced economic stress.

WSTC Securities attributed to non-recurrence of a one-off income earned in 2019, and higher operating expenses incurred in 2020.

WSTC Securities review indicates that the company achieved strong capital return for its shareholders in the financial year 2020. As announced, the Group declared a N1.20 total dividend to shareholders for 2020, consisting of a N0.65 ordinary dividend and a N0.55 special dividend.

In addition, the Group declared that it would unbundle its 649 million units of UPDC REIT owned, valued at N3.60 billion as of December 31, 2020, to UACN shareholders.

Analysts explained that the unbundling will be structured for UAC shareholders to receive 226 UPDC REIT units for every 1,000 UACN shares held (allocation ratio: 0.2254), while noting that the completion of the transaction is subject to regulatory and shareholders approvals.

According to segmental analysis, Animal feeds and other edible accounted for 63% of total revenue in the financial year 2020. In the segment, revenue grew by 5% from N48.92 billion to N51.48 billion, which analysts said was driven by a combination of price and volume growth.

“In our view, we believe that capacity expansion, introduction of new products, the land border closure for the most of 2020, and increased investment in livestock farming in the Nigerian agricultural sector, factored in the topline growth of the business segment”, WSTC Securities said in its review.

Profit before tax, however, spiked by 77% from N990 million in 2019 to N1.75 billion in 2020, on the back of lower finance costs. Overall, WSTC Securities believe the performance of the Animal Feeds & Other Edibles segment in 2020 was a combination of improved market share, and improved operating efficiency.

The company’s paint segment accounted for 13% of total revenue. The segment recorded 6% drop in revenue from N11.01 billion to N10.33 billion in 2020. This dropped off was due to negative impact of the coronavirus pandemic on operations.

In an efforts to contain the spread of the coronavirus, the national authorities placed restrictions on movements and implemented a lockdown. The resulting impact of the directives led to lower production activities during the year.

Operating profit declined by 45% from N2.24 billion to N1.23 billion in 2020, resulting from higher input costs induced by the exchange rate devaluation in 2020.

WSTC Securities explained that the Paints segment is exposed to exchange rate fluctuations, as majority of raw materials used in production process are imported.

Therefore, analysts said the double-whammy of weaker revenues, relative to higher costs, led to the operating profit decline. Profit before tax declined strongly at 42% from N2.67 billion to N1.55 billion.

The company’s package foods and beverages which accounted for 22% of total revenue reported an increase income, expanded 2% from N17.54 billion to N17.80 billion in 2020.

Analysts also note that the segment’s revenue performance was also negatively impacted by the coronavirus pandemic, as weeks of sales were lost due to movement restrictions in Q2-2020.

Packaged foods and beverage segment reported an operating profit which bloated 13% from N1.19 billion to N1.35 billion in 2020, on the back of lower operating costs.

The group quick service restaurant which accounted for 2% of total revenue saw segment revenue expanded 2% from N1.50 billion to N1.53 billion, driven by an increase in the number of company-owned restaurants.

Analysts said a higher operating cost resulted in a N48 million operating loss in the year while loss before tax improved 24% from a N75 million to N57 million.

The Group’s two painting subsidiaries, Chemical and Allied Products Plc (CAP) and Portland Paints of Nigeria Plc (Portland) announced a merger decision in October 2020. In the scheme, UACN hold a 51% ownership stake in CAP, and a 73% ownership stake in Portland.

WSTC Securities said the transaction completion is subject to regulatory approvals, expected to happen in Q2 2021.

In 2020, the Group entered into an agreement with Custodian Investment Plc on a 51% acquisition stake in UPDC Plc. The transaction was concluded in November 2020. Detail showed that the Group received N6.60 billion cash proceeds and retained a 42.85% equity stake in UPDC.

As part of the entire transaction, UPDC Plc unbundled its holdings in UPDC REIT to its shareholders. The Group, as a shareholder of UPDC, received 649 million units – representing a 24.34% stake-, currently valued at N3.60 billion.

Analysts at WSTC Securities expressed optimism about the Group’s businesses going forward. In the Animal Feeds segment, WSTC Securities indicates expectation that the resilience of the Nigerian agricultural sector will drive sustained growth in the segment’s topline growth.

Analysts explained that improved livestock production in the economy would require increased demand for feeds.

“We believe that the Group’s status as a market leader in the poultry feed and fish feed industries would position it to capture value in the market. In addition, we expect to see capacity expansion and new products in the market in 2021”, analysts stated.

Amidst effort to raise performance that necessitated restructuring activities, analysts at WSTC Securities said they expect to see a sustained improvement in operating efficiency, which could result in a higher bottomline growth.

In the Paints segment, they are also expecting to see a relatively higher growth in 2021, as the economy recovers from the pandemic.

“We believe that the combination of the two paint companies could unlock value via aggressive footprint expansion, improved human capital, and expansive distribution network.

“Although we also factored that at the initial stage, margins could shrink owing to the gradual impact of synergy. Furthermore, we note the cost pressures arising from exchange rate pressures”, WSTC said.

Analysts said there is possible room for price increases in 2021 to protect margins. As such, they expect an increased capacity expansion to drive output growth in the Packaged Foods & Beverages segment in 2021.

On UACN initiatives to reduce input costs by leveraging technology, analysts at WSTC said they expects to see an improved demand for the segment’s products, on the back of an economic recovery and improved level of economic activities.

In efforts to create value in the QSR segment, the Group piloted five company-owned stores ahead of its plan to identify the profitability and prospects of the business.

According to the Group, the pilot stores generated an annualised return on investment of 39%. Hence, the Group intends to focus on scaling company-owned store count by 10x. It also indicates intention to focus on technology to enhance distribution, and support sales.

WSTC Securities expects the Group’s total revenue to grow by 15% in 2021, to be driven by the Animal Feeds and Paints segments.

In the review, analysts explain that they noted the low base in Q2-2020, and expect to see a materially higher revenue growth in Q2 2021.

“We discounted a significant portion of the Group’s share of profit of associates, as it unbundles the major income driver to shareholders.

“Upon the completion of the UPDC REIT unbundling, the Group’s associates will only be UPDC Plc and MDS Logistic Limited. We also expect the Group’s finance income to remain subdued in 2021.

Based on expectations of the Group’s earnings and cash flow, analysts at WSTC estimated a N9.37 fair value for the stock as a standalone.