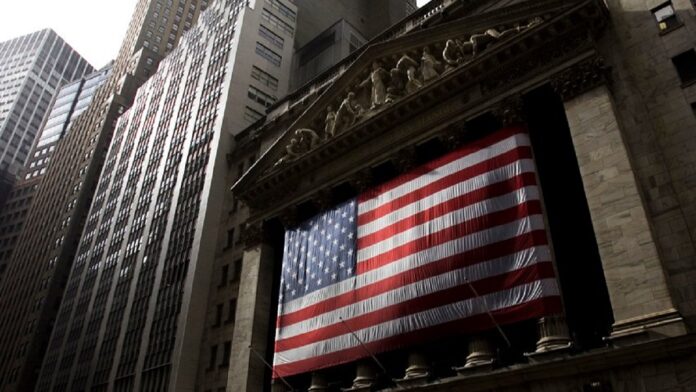 The United States (U.S) economic growth eased to the slowest pace since the country began recovering from a pandemic-induced recession last year, with official data suggesting Thursday that consumer spending weakened in the third quarter as the impact of the final round of stimulus checks faded.

Real gross domestic product rose at an annualized 2% rate during the three months through September, according to an advance estimate from the Bureau of Economic Analysis. It was the slowest expansion pace since the second quarter of 2020 when the COVID-19 pandemic slammed into the US economy.

Analysts polled by Econoday expected GDP to expand 2.7% in the just-ended quarter. Economic growth came in at 6.7% in the June quarter, buoyed by a rise in consumer spending on the back of fiscal stimulus.

Aneta Markowska and Thomas Simons, economists at Jefferies, attributed the disappointing GDP growth to the delta variant of the coronavirus, which they said was to blame for lower demand and mounting inflation levels.

Consumer spending growth slowed to 1.6% in the third quarter from 12% in the prior three-month period as durable goods plunged more than 26% amid motor vehicles and parts weakness, government data showed. The Street expected a 0.7% rise in the September quarter.

“The third quarter’s slowdown can largely be chalked up to the slowdown in consumer spending from a stimulus-driven surge in the first half of the year,” TD Economics Senior Economist Leslie Preston said in a note.

Spending on services climbed 7.9% driven by international travel, transportation services and healthcare, but marked a declaration from 11.5% growth in the second quarter in part due to the delta variant.

Daily Roundup of Key US Economic Data for Oct. 28

The highlight of Thursday’s schedule was a smaller-than-expected gain in third-quarter GDP and a further decline in weekly initial jobless claims.

The US economy grew at a 2% annual rate in the third quarter following a 6.7% gain in the previous quarter, below expectations for a 2.6% increase.

Consumption rose by only 1.6% in the third quarter, much less than the 12% increase in the previous quarter. Goods spending declined on a shortage of autos for sale and services spending growth slowed due to rising cases of the delta variant.

On a year-over-year basis, PCE prices were up 4.3% and core PCE prices rose by 3.6%, well ahead of the Federal Reserve’s 2% target. The monthly readings for September will be released on Friday.

Insured jobless claims fell by 237,000 to 2.24 million in the week ended Oct. 16, well below the 2.81 million level in the survey week ended Sept. 18, a positive for October payrolls. The level of insured employment is the lowest since the start of the pandemic.

The National Association of Realtors pending home sales index fell by 2.3% in September, below expectations for a 0.5% increase after an 8.1% surge in the previous month.

Pending sales were down 8% from a year earlier when the housing market was recovering from the lockdowns that spring.

“Contract transactions slowed a bit in September and are showing signs of a calmer home price trend, as the market is running comfortably ahead of pre-pandemic activity,” NAR Chief Economist Lawrence Yun said, adding that tight inventory could delay some home searches until the spring.

The NAR’s existing-home sales data for September is scheduled for release on Nov. 22.

Natural gas stocks rose by 87 billion cubic feet to 3.548 trillion cubic feet in the week ended Oct. 22, down 10.2% from a year earlier and 3.4% below the seasonal average over the previous five years. #U.S GDP Growth Misses Estimates as Spending Slows

Read Also: Sub-Saharan Africa Recovery Will Be Slowest in the World –IMF