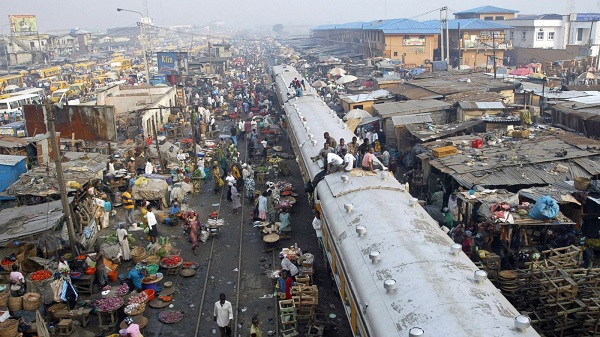 Today, if the sum of N25.7 trillion debt owing by the largest economy in Africa has to be shared among Nigerians, each effectively owes at least N130, 000.

However it is unfortunate that very few can afford to repay the amount, and we should anticipate that about 70% to 80% of the population will default if they are to return the amount to creditors.

By economic profile, Nigeria is an emerging economy with gross domestic products at $397.27 billion, gross external reserves pitched at $41 billion, aggregate debt stock value at $84 billion and 23.1% of the labour forces are without jobs.

Government projected +3% for 2019, but the numbers seems to be disjointed already with capital spending trending below budgeted amount.

Nigeria can do 15% gdp growth. In 2002, this same country expanded its economic size by 14.6%. Pro-market evangelists were in the country’s service but progressives think they were corrupt.

Up till June, 2019 FG did not expend a dime on capital project. Nigerians are daily hearing about figures, but are yet to feel the effects. The roads are still bad, and electricity remains erratic.

Where are all the trillions naira expended on capital projects?

Nigerians cannot be proud of anything: electricity, good road network, health care facilities and if some families are able to buy bags of rice, they have to go to their places of worship to give testimonies for the stupid miracles.

The warning is, there may never be another Paris Club discussion for possible debt relief or forgiveness, and FG  needs to remember Greece, Venezuela and other countries with similar histories of debt.

The  global economy cannot accept default. The hope is, as long as oils are there, Nigeria has  hope.

This hope is threaten with the drive for clean energy. Electric powered vehicles, solar energy etc would reduce demand for oil.

In October 2005, Nigeria and Paris Club announced final agreement for debt relief worth $18 billion and overall reduction of Nigeria’s debt stock by $30 billion.

This deal was completed in April 21, 2006 when Nigeria made its final payment and its books were cleared.

It is not news that quite a number of Nigerians are living below the poverty line.

The line has not however been shifted in spite of the fact that majority voted for a populist government in anticipation for a better life afterwards.

Available data shows that since 2015, fiscal authority stance is to keep betting on the future, growth by taking more loans.

The policy maker changed the nation’s debt mix ratio to 70:30. For every decision, there is always a cost and associated benefit.

Natural instinct tends to emphasize benefit but downplay cost. Government borrowing, whether external or domestic is not free.

Institute of International Finance said in a report that Nigeria is paying more for Eurobond compare to peers with similar risk profile in Africa.

In 2020, about N2.5 trillion has been allocated to service the nation’s debt stock. Subsidy payment is consuming huge sum, just at the time when government is spending more but making less.

Increase borrowed fund has remained this government core strategy to rescue the economy as well as to pave way for growth and development.

As an emerging economy, the need to grow infrastructure base is in the hands of two major economic spenders: The Banks through provisioning of credits to private investment and the Government.

While Federal Government has been on spending spree, Banks have been trending conservatively and cautiously since the beginning of the current dispensation in June, 2015.

As such, risky and good money often shy away from such market. Good money goes to where it is treated well.

Then, couple with the lack of independence of the apex bank – which is quite obvious now. The fiscal stance to borrow for infrastructural development and support broad-base growth is a noble decision.

We have a government that really wants to spend money, but lack expertise to adjust demand and supply sides as key strategy to build the fortune of the nation.

Keynesians perspective on government borrowing is simple and succinct, that government should spend itself out to reflate economic performance.

What happen after then? Or when economic performance is fragile? Monetarists have different opinion as they see borrowing as signal to political pressure.

One may be tempted to ask if the government is under pressure to deliver – noting that the first four years was a charade.

The case hangs on both legs. However, this platform sees government as not borrowing efficiently.

Nigerians are afraid that the nation may be out-borrowing her capacity, while this may not be true technically; their fears ought to register in the scheme of things.

Then, what is Nigeria borrowing to do, really? If the answer is to rebuild the Northern part, then fine but not definitely southern states.

I borrowed this clue from what Mr. President allegedly told Kim Yong, the 12th President of the World Bank to concentrate effort in the North.

FG is not earning enough. Yet, the leaders and by extension the progressives fear economic restructuring more than revolution.

The reason is simple, government machineries can be used to fight revolutionists but economic restructuring tends to balance power.

Currently, the nation is moving too fast with not much to show for it.

With debt stock at N25.7 trillion as at June, 2019 and debt servicing taking as much as N2.5 trillion on domestic debt and foreign debt, there is a need to pause and reflect on how this will pan out for the nation in the long term.

What this means for the future of Nigeria is that for next decade significant percent of the annual budget would be devoted to financing past decisions with limited or no current economic benefits.

FG infrastructure spending rolls in trillion is laudable but where are the projects? Why has there been no impact in the job market?

If priority investment is not contributing to people well-being, shouldn’t there be a change in route –at least in the short term?

In 2010, Ireland turned to International Monetary Fund because the nation could not meet her obligations.

As well, Argentina defaulted on debt payment in 2001, and again in 2014.  To every economic agent, every decision has cost and benefits.

From a family unit to sovereignty, decisions have to be weighed according to economic value it tends to generates and associated cost.

The Ministry of Finance should be called to attention on some salient decision as per debt mix.

Rather than castigating the decision, it is important to forecast what will likely happen with facts and figures.

Looking at government finance, there is guideline/standards to judge the fiscal and monetary authorities decisions in all aspects.

The nation has not reached matured level where politicians will not meddle with economic policies in favour of their party’s stance.

Politicians should objectively disagree on economic matters, not to subject good policies to ridicule.

Not many Nigerians know that borrowing is not a bad thing per se and almost all emerging economy engage in some level of budget deficits.

But the problem is, Nigerians tend to politicize everything and anything. The loudest voice is often accepted as been truthful.

In principle, analysis of debt stock should be neutral. To do that, one has to weigh actual cost and benefits against predetermine standards.

To obtain objective view of the nation’s indebtedness, there are certain metrics that provide support for evaluation and decision making.

How is debt to GDP ratio?

How is debt service as percentage of FG revenue? What contribution is tax revenue to FG revenue and how much of tax income can be used to deflate debt value?

Nigeria is on a safer side with debt to GDP ratio at midpoint between 20% -30% as against global standard of 60%. Tax to GDP is just about 10% when some countries are doing double digits.

This means that the economy has capacity to raise revenues that can be channeled to finance infrastructure.

The level of infrastructures that support corporate Nigeria and SMEs would support willingness to pay tax not by coercive policies – the only road the current administration has chosen to pass.

As a matter of fact, Naira is volatile because foreign receipt is predictable and anchor on movement in the price of oil market at the global level.

Nigeria may be  at disadvantage meeting debt service obligations to foreign creditors in the nearest future if perhaps Naira undergoes another round of devaluation or if price of oil nosedive significantly.

FG revenue is highly sensitive to movement in price oil, as non-oil sector contribution to aggregate revenues is low.

Perhaps, it is time for government to go corporate way by hedging foreign exchange risk she is exposed to.

Borrowing is not bad for the economy, but the government must be ready to pull plug on cost at which funds are acquired. This is not less important than to showing people where the money goes.

After all, it is our commonwealth!