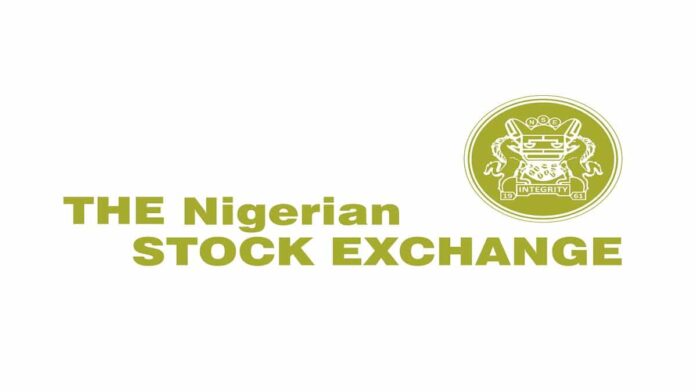 Investors sentiment got off to a negative start, following the sell-offs witnessed on some heavyweight tier-1 banking stocks, especially GUARANTY (-260bps) and ZENITHBANK (-7bps).

Consequently, the year to date loss swelled up to 4.24%, while the stock market capitalisation declined to N20.176 trillion.

In a market report, Chapel Hill Denham said performance across its coverage universe was mixed but with a bearish bias.

“Precisely, 3 of 5 of our coverage indices closed in the red terrain”, the investment firm added.

The preceding offset the gains recorded in the NSE oil & gas and NSE insurances indices, both of which rose by 66bps and 198bps, respectively.

Market analysts stated that the market’s activity was weak, with the total volume declining by 37.23% to 185 million, while the total value traded dipped by 33.22% to N2.518 billion.

Nigeria’s unemployment rate has jumped to 33.3% in the fourth quarter of 2020, National Bureau of Statistics noted in its Labour force report.

Meanwhile, the Bureau of Statistics indicated that underemployment rate declined to 22.8% from 28.6% within the same period.

The total number of people in employment during the reference period was 46,488,079.

The Bureau indicates that this figure is 20.6% less than the people in employment in Q2, 2020.

“These rates were the highest when compared to other age groupings”.

Under State disaggregation, Imo State reported the highest rate of unemployment with 56.6%, this was followed Adamawa and Cross River States with 54.9% and 53.7% respectively.

The State with the lowest rate was Osun in the South-West with 11.7%.

The results of the survey indicate that the estimated number of persons in the economically active or working age population (15 – 64 years of age) during the reference period of the survey, Q4, 2020 was 122,049,400.

Further disaggregation by age group shows that the 30.2% of the total active population is within the ages of 15-24, the highest among the age groupings.