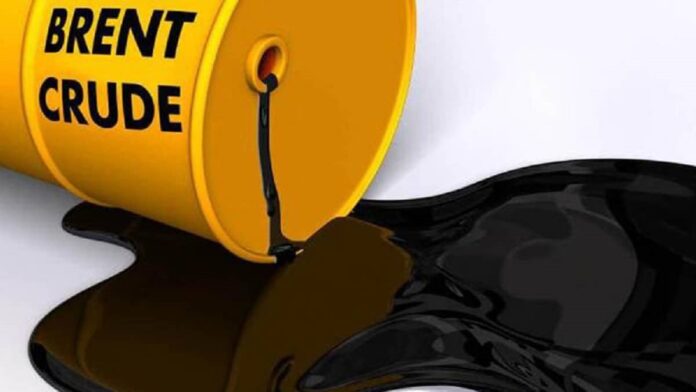 Oil prices rise on Thursday after Federal Reserve Chairman told Congress the apex lender is in no hurry to hike benchmark interest rates; despite 1.3 million barrels build up in crude inventories in the United States.

The US Federal Reserve Chairman Jerome Powell told congress yesterday the Fed is in no hurry to raise interest rates benchmark until economic recovers.

International benchmark Brent crude was trading at $66.50 per barrel for a 0.48% decrease after closing Thursday at $66.18 a barrel.

American benchmark West Texas Intermediate (WTI) was at $63.52 per barrel at the same time for a 0.47% drop after it ended the previous session at $63.22 a barrel.

Oil prices jumped to their highest levels since December 2019 after US Federal Reserve Chairman Jerome Powell said the central bank would not start raising interest rates until the economic targets are achieved in employment rates and inflation.

Even as the labor market improves, it could be difficult to get new jobs for a portion of the 10 million people currently out of work, he said.

Investors are keeping tabs on developments on the US President Biden’s proposed $1.9 trillion relief measure, which the House of Representatives is expected to take up and vote on later this week.

The proposal includes stimulus payments of up to $1,400 for individuals and expanded unemployment benefits and support for state and local governments.

This happened after the US’s energy hub of Texas was caught unprepared for the unprecedented cold weather last week, which saw almost 65% of the region’s production curtailed.

The rise in the oil prices came despite a surprise build in the US crude inventories.

The GECF, an intergovernmental organization of 11 of the world’s leading natural gas producers, reported that natural gas and renewables will make up 60% of the electricity supply, changing the global power generation mix by 2050.

The organization said that natural gas will overtake coal in 2025 and become the largest global primary energy source by 2047, with oil plateauing around 2040 and then beginning its irreversible decline.

The report underlined that the share of traded LNG will increase to approximately 48% of all traded gas in 2030 and 56% in 2050.

“Natural gas demand will be boosted by cumulative economic and population derivers, environmental concerns, increasing availability of supplies and positive policy support in many countries,” it said.

“This abundant, flexible and clean source of energy will expand specifically across the Asia Pacific, North America and Middle Eastern markets, which will be responsible for more than 75% of the total gas demand growth by 2050.

“The Asia-Pacific region will become the largest gas consumer,” it added.

The report also showed that low gas prices have encouraged a number of countries to push on with reforms to support greater gas demand.

It also said the pandemic encouraged the use of cleaner fuels.

“Furthermore, the COVID lockdowns have raised awareness of the benefits of clean air policies, incentivizing greater use of gas and switching away from coal and oil,” the organization said.

He said the central bank would not start to trim its $120 billion in monthly bond purchases until “substantial further progress” has been made toward the Fed’s goals on inflation and employment.

Powell said hikes in the Fed’s benchmark interest rate, now at a record low of zero to 0.25%, will not occur until the Fed has seen inflation reach its 2% target and run slightly above that level, with employment falling to a level viewed as maximum employment.

The Fed Chairman noted recently that, while the official U.S. unemployment rate in January dropped to 6.3%, the actual rate is closer to 10% when taking into account the millions of people who have given up looking for a job.

Even as the job market improves, a portion of the 10 million people still out of work may find it hard to get new jobs, he said.

He attributed that to the changes brought on by the pandemic in such industries as retail services and tourism.

In many cases, the jobs people left may no longer be there, which will mean those workers will need access to job retraining to find work in other areas, Powell said.