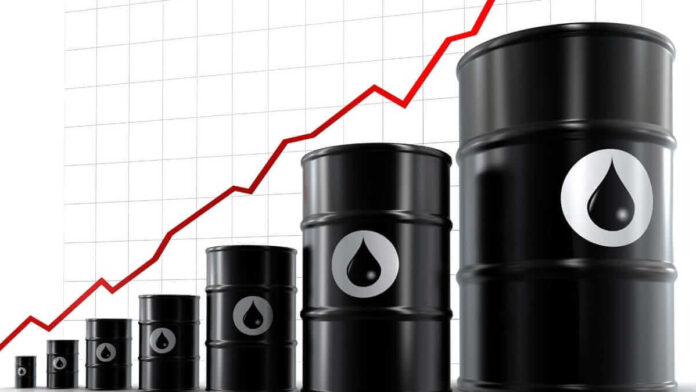 International benchmark Brent crude was trading at $66.63 per barrel earlier today, increased 0.07% after closing Wednesday at $66.58 a barrel.

American benchmark West Texas Intermediate (WTI) was at $63.16 per barrel at the same time for a 0.01% increase after it ended the previous session at $63.15 a barrel.

Brent printed at $66.90 due to improve demand outlook on account of declined inventories in the United States in particular.

One day after the Organization of Petroleum Exporting Countries (OPEC) revised up its global oil demand forecast, the International Energy Agency (IEA) also made upward revisions to its oil demand forecasts for 2021 in its monthly oil report on Wednesday.

The agency forecast that global oil demand will increase by 5.7 million bpd, or 6.3%, to an average of 96.7 million bpd this year on the back of better economic forecasts and robust, prompt fiscal indicators.

Pointing to the latest revision of the International Money Fund (IMF), which raised its forecast for 2021 GDP growth by 6%, the agency said this improved IMF outlook, along with swift vaccine rollouts in the US, upcoming hefty stimulus packages in the country, and improving economic data from China, led to a better global oil demand forecast.

The United States energy agency positive outlook in oil demand is on the back of better economic forecasts and robust, prompt fiscal indicators.

Having contracted by 8.7 million barrels per day (bpd) in 2020, global oil demand is estimated to rise by 5.7 million bpd to an average of 96.7 million bpd, the IEA said in its monthly oil report.

The agency warned that the recovery remains fragile with the number of Covid-19 cases surging in some major consuming countries, especially in some European countries as covid-19 vaccines fail.

IEA stated in the report that improved IMF outlook, swift vaccine rollouts in the US, and hefty stimulus packages in the country, as well as improving economic data from China, led to a better global oil demand forecast.

The IEA said global oil supply increased by 1.73 million bpd in March to 92.89 million bpd mostly with the help of Saudi Arabia’s extra cut of 1 million bpd for February, March and April.