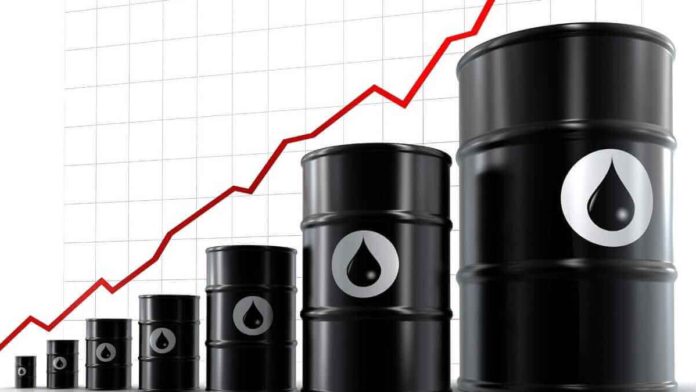 China’s economy grew 18.3% year on year in the first quarter of 2021, as strong domestic and foreign demands powered recovery from a low base in early 2020 when coronavirus stalled the world’s second largest economy.

The gross domestic product reached 24.93 trillion Yuan – translating to about 3.82 trillion U.S. dollars- in Q1, data from the National Bureau of Statistics of China (NBS) showed, nothing that the double-digit growth puts the average Q1 growth at 5% from the 2019 level.

According to the NBS, in the first three months, China saw a steady industrial production rebound, improvement in market sales, and recovery in fixed-asset investment and noticeable momentum in foreign trade of goods.

Recalled the Chinese economy registered a 6.8% contraction in the Q1 of 2020 due to the novel coronavirus. Thanks to resolute and effective virus control, the global growth engine regained its footing with a “V-shaped” comeback to attain three consecutive quarters of rebound -3.2% in Q2, 4.9% in Q3 and 6.5% in Q4.

Oil performance records show that international benchmark Brent crude traded at $62.62 on Friday, representing an increase of 7.04% from Monday when trade registered at $62.62 per barrel.

Following on from a surge in infection rates in European countries from different variants of the virus, India has now recorded over 200,000 coronavirus cases in a single day for the first time since the start of the pandemic. This took the country’s tally to over 14.2 million, data from Johns Hopkins University showed.

This could impact demand in the coming months, analysts told MarketForces Africa via an email.

Adding more to the bullish oil price sentiment, retail sales in the US rose 9.8% in March compared to the previous month, exceeding expectations of a 6.1% increase, according to the US Commerce Department.

According to the US Labor Department, the number of Americans filing first-time unemployment claims dropped by 193,000 to 576,000 last week, the lowest amount since March 14, 2020.

Also, a more-than-expected drop in US crude oil stocks helped the upward trend in oil prices, signaling a recovery in oil demand.

The value of the greenback, which measures the value of the American dollar against a basket of currencies, including the Japanese yen, British pound, Canadian dollar, Swedish krona and Swiss franc, fell 0.17% to 91.53.

In its Monthly Oil Market Report on Tuesday, the Organization of Petroleum Exporting Countries (OPEC) forecast that global oil demand is expected to increase by around 6% to an average of 96.5 million barrels per day (bpd) in 2021.

The report pointed to gasoline as the key driver for an oil demand recovery, as the summer driving season is about to begin.

Just one day after, the International Energy Agency (IEA) revised its forecasts for 2021, saying global oil demand will grow by 5.7 million bpd, or 6.3%, to an average of 96.7 million bpd this year, based on better economic forecasts and stable, timely fiscal indicators.