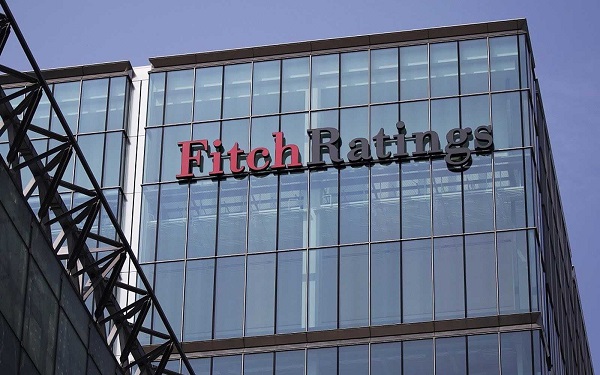 In its recent macroeconomic report of the Sub-Saharan African countries, the Ratings agency believes that deterioration of fiscal and external metrics underpinned ratings downgrade in Nigeria, Gabon, Congo and Angola, now combine with liquidity risk.

The firm explained that high dependence on oil revenue amid collapse in global crude prices remains a big threat for the Sub-Saharan Oil producers in 2020.

It noted that fall in oil prices will have a severe impact on fiscal revenue. This is coming just at the time when non-oil segment is pressured by the recent virus outbreak.

To curb the spread of coronavirus pandemic, government had joined the world in economic lockdown which cut productive activities in the country to near zero. 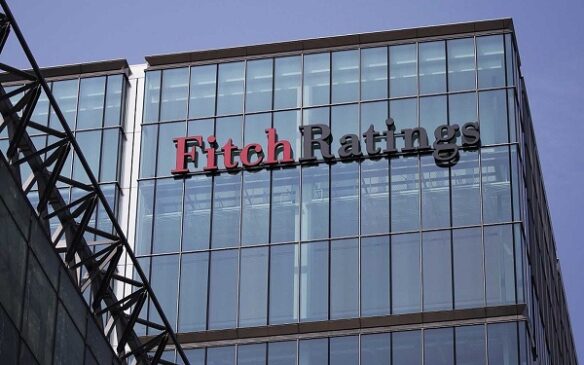 For tax, this translated to lower revenues take as taxable companies and individuals finances were significantly pressured.

“Nigeria has made little progress in boosting non-oil revenue, due to shortcomings in the design of the tax system as well as administrative capacity challenges”, Fitch stated.

It stated that revenue from oil forms a large part of budget intake for the four oil producers, reflecting limited economic diversification.

“This is particularly pronounced in Angola and Congo, where hydrocarbons accounted for more than 60% of total fiscal revenue in 2019”, the Ratings firm said.

Focusing on direct oil revenue, Fitch estimates that, all things being equal, a USD10/bbl drop in oil prices will lower fiscal revenue by between 4% of GDP for Congo and 0.5% of GDP for Nigeria.

Meanwhile, the Ratings firm stated that Nigeria’s lower sensitivity relative to GDP needs to be viewed in the context of its exceptionally low overall fiscal revenue.

In Nigeria, Fitch stated that the shortfall in fiscal oil revenue will be partly cushioned by the 15% devaluation in March 2020 of the official exchange rate at which the central bank transacts with the government (NGN360.5 per US dollar from NGN305.5), which will boost fiscal oil revenue in local-currency terms.

Angola’s kwanza has fallen 18% against the dollar so far in 2020 after a 36% drop last year, which is supporting the value of oil revenue relative to GDP.

Although, Fitch stated that the benefit is largely offset by a concomitant rise in of debt service costs in local-currency terms, given heavy reliance on foreign-currency funding.

In Nigeria and Angola, the fall in international fuel prices will lower government spending on fuel subsidies in 2020.

At the moment, Nigeria has removed fuel subsidy as the oil sector is formally passing through phases of deregulation.

With the exception of Congo, oil production has fallen below 2015 levels.

Fitch stated that this reflects past difficulties managing oil-sector investment frameworks and the fairly high cost of exploration.

The Ratings firm recognised that sector reforms are ongoing in several countries, but the oil price decline and the resulting sharp cuts in exploration budgets of international oil companies mean there are no clear signs of increased investment in the sector.

Since 2015, Fitch explained that Angola has faced a structural contraction in oil production due to maturing oil fields and declining investment.

Analysts explained that Angola has undertaken a series of ambitious reforms in the oil sector, including the establishment of the National Agency for Petroleum, Gas and Biofuels, which has taken over the role of concessionaire from state-owned oil company Sonangol.

The authorities have also begun the first new oil licensing rounds in nearly 10 years, but the country has had to extend the April 2020 deadline for the first round.

In the review, Fitch said the country overhauled its framework for investment in the oil sector in 2019.

Analysts stated that initial responses were positive, but it had to extend the deadline for the 12th oil licensing round several times.

The authorities signaled their intention to comply with OPEC oil production caps, which would reduce output by about a quarter, although the latest budget is based on a more modest drop in production.

In Congo, Fitch expects oil production to peak in 2021 and then decline owing to depleting oilfields.

The Ratings firm said two Congolese companies discovered a new on-shore field with a reserves estimated at 359 million barrel; if confirmed, this could offset the depletion of current oilfields in the medium term.

However, at this early stage, the oil field’s potential and impact on the economy is uncertain.

It noted that Nigeria has discussed oil sector reform for decades with little progress.

There is some renewed talk of moving these reforms on, but they are hampered by intractable oil sector politics.

Fitch believes that a sharp contraction in private-sector activity in 2020 will affect non-oil receipts, with only a muted recovery in 2021.

“The global recession will weigh on non-oil GDP growth this year, while we forecast that the global economic recovery next year will be insufficient to return global oil output to 2019 levels, including for Angola, Congo, Gabon and Nigeria”, Fitch said.

Analysts explained that coronavirus containment measures in the four countries are relatively muted compared to other nations.

“However, it is not clear that the virus is being controlled effectively, particularly in Nigeria, leading to additional risks to our forecasts”, Fitch said.

Fitch stated that these countries’ economies will also be hit by the indirect effects of the oil price decline on the non-oil sector.

This include reduced access to foreign exchange, lower confidence and fiscal austerity in the face of acute financing constraints for the governments.

Government spending is a particularly important driver for private-sector activity in Congo and Gabon, Fitch stated.

It said both countries are also likely to accumulate domestic arrears in 2020, which will weigh on private-sector activity.

“Many of these challenges will remain in 2021 as the oil prices recovers only moderately.

“This weak economic performance will reduce non-oil fiscal receipts, with a particularly pronounced fall of 31% in Congo and 17% Gabon.

“This deterioration will occur despite measures to strengthen tax collection in Angola and Gabon before 2020.

“Nigeria has made little progress in boosting non-oil revenue, due to shortcomings in the design of the tax system as well as administrative capacity challenges.

“Fiscal constraints in Congo in the wake of the drop in oil prices in 2014-2016 have weighed on non-oil growth and this also has affected revenue”, Fitch elaborated.