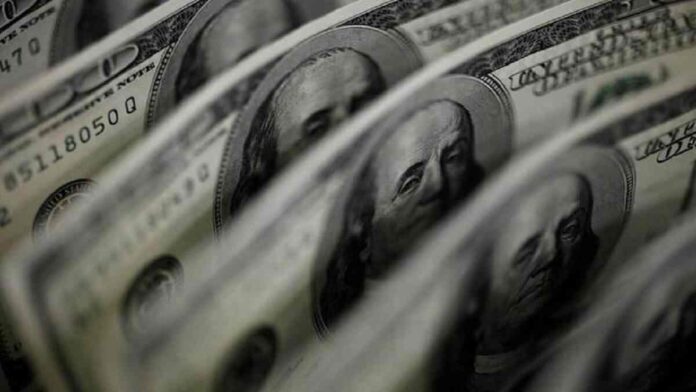 Nigeria, other African countries risks has widened as the United States Federal Reserve plan to commence bond buying tempering in November 2021. Investors could push out funds as interest rates rise in advanced economies with low debt risks, which could drive the dollar out of the region.

Africa’s largest economy and other countries in the region have been dollar short in the past few years, but the case was worsened since the outbreak of the covid-19 pandemic.

It appears Africa really doesn’t have much to offer the global economies other than deposited natural resources, Economic Professor at a leading University in Nigeria told MarketForces Africa.

He said Africa has stayed on the consumption side for so long and the global innovators have left the region behind as a market instead, rather than as a co-contributor.

The extractive nature of these resources could also worsen Africa’s risk due to climate change, where Africa has been on the receiving end rather than a key contributor.

Largely, the black continent depends on natural resources exports, unfortunately, in its raw form due to poor region comparative advantage and of course leadership related trouble that has persistently bedevilled the region.

The African economy is tied to developments in other major economies, especially, the United States while the Chinese see the region as a consumer market to dump goods- both quality and sub-standards.

If Africa halts import demand, the global economy would feel the impacts in a massive way given about 2.5 billion consumption size.

But it is unlikely that Africans would go that way. Perhaps, Africa would rather not think that way. I mean, what would the region offers its people without resulting to the United States, United Kingdom and other European countries including borrowing heavily from the Chinese.

Due to the interconnection, which ought to be balanced but not really favourably with a large number of Africa countries recording negative balance of trades. High current accounts deficits across the region put Africa in a weak position and economic renaissance is rather not on the table for discussion.

Grants, Natural resources and leadership issues have kept Africans in the dark.

Central banks, such as the U.S. Federal Reserve (Fed), have many tools to manage the health of the economy. Buying asset-backed securities to stimulate economic recovery is one of them.

When central banks buy securities from their member banks, which puts money back into the economy. Such asset buying, along with maintaining a low-interest rate is called quantitative easing (QE).

But central banks can’t endlessly buy securities and pump money into the economy. When they believe the economy has recovered sufficiently, they work on winding down asset purchases. This process is called tapering.

How Does Tapering Work?

Understanding how tapering works requires a deeper understanding of QE. When central banks keep short-term interest rates low, it encourages individual borrowers and businesses to take out loans. This boosts economic activity. At the same time, asset purchases by the central bank inject money into the economy.

When they have achieved their goal of economic recovery, central banks will gradually “taper” or scale back their asset purchases. Tapering impacts the supply of such securities and can move not just the bond markets in the U.S. but also stock markets around the globe.

That was followed by Operation Twist, where the Fed bought longer-term assets while selling shorter-term securities. The last leg of large-scale asset purchases lasted from September 2012 until 2014, totalling $790 billion in Treasury securities and $823 billion in agency MBS.

Then Fed Chairman Ben Bernanke mentioned wrapping up the program in testimony before Congress on May 22, 2013, followed by a press conference in June but gave no clear timeline.

While the Fed began slowing its pace of asset buys in January 2014, it wasn’t until October 2014 that the end of the program was announced. As a result of the years-long stimulus, the Fed’s balance sheet increased from $870 billion in August 2007 to $4.2 trillion by early 2015.

In March 2020, restrictions due to the COVID-19 pandemic had major repercussions both for the U.S. economy and the financial markets.

To maintain financial stability, the central bank announced a slew of measures on March 23, 2020, including purchasing bonds.4 Since June 2020, the Fed has purchased, on average, $80 billion in U.S. Treasuries and $40 billion in mortgage-backed securities every month.

At a speech in August 2021, Fed Chair Jerome Powell said it “could be appropriate to start reducing the pace of asset purchases this year.” Powell stated that the economy has met “substantial further progress” conditions, prompting the Fed to evaluate a taper.

In the following press conference, he added that the tapering would likely conclude by the middle of 2022.

Bernanke’s 2013 taper comments came as a surprise to financial markets. Here’s how they reacted:

Bond markets: In the immediate aftermath, bond investors started selling their bonds, causing prices to drop and yields to rise. Yields on 10-year U.S. Treasuries rose from close 2% in May 2013 to around 3% by December.10 Theoretically, rising yields can impact stock markets, too, as more attractive yields compete with stocks for investors’ money. But that hasn’t always happened.

The CBOE VIX often called the fear gauge, measures expected volatility in the options markets, and it spiked in June 2013.11 Major stock indexes such as the S&P 500 and Dow Jones also saw sell-offs, but reversed those losses and ended the year up: 10.74% and 7.73%, respectively, relative to Bernanke’s comments in May.12

The taper announcement hit them hard on two related accounts: With rising yields in the U.S., financing became harder for emerging markets as investors reallocated their funds to U.S. debt markets; and emerging market currencies depreciated against the dollar, making U.S. goods and services expensive to buy, adding to the balance of payments pressures.

The result was stock market turmoil and tighter monetary policies in many emerging markets.

Many economists and experts don’t expect a repeat of the 2013 taper tantrum in 2021. The foremost reason is that markets are expecting a taper in 2021, so a knee-jerk reaction as seen in 2013 is unlikely.

Fed Chair Powell, a member of the Board of Governors of the Federal Reserve during the earlier taper, said in March 2021 that the central bank would “supply clear communication” well in advance of the actual tapering.13

What would happen in Nigeria?

Nigeria’s benchmark interest rate has remained low for corporates with strong financial positions but that hasn’t translated to improve job market or low prices of goods and services. It is a capitalistic policy that makes few better, creating a shadow on the poor class.

Whether economics has provision for it may not be necessary now, but Nigeria low-interest rate tantrum benefits no individual with personal leverage.

As a matter of fact, this is at the worst level ever seen in the history of the most populous country in Africa. There has been no drill down on Nigeria’s claim that its interest is low. Unemployment remains at 33.3% as of the third quarter of 2020. The inflation rate is 16.63% for a country that pays less than $80 a month minimum wage.

Keeping interest rates low has pushed foreign investors away from Nigeria. After all, the Central Bank of Nigeria capital control measures is seen as anti-dollar inflows in the international markets.

MSCI Index in warning told threaten to downgrade Nigerian Index due to inability to get a dollar out from the country amidst foreign currency shortage. Naira has lost value, from N197 to a dollar in 2015 to N410 in 2021. Still, the CBN leadership accept the currency is overvalued.

Would Nigeria adjust the benchmark interest rate upward? Both FOMC and MPC will be meeting in November for the last time in the year. For FOMC decision about bond buying slowdown will be made and CBN would either maintain the status quo or adjust the monetary policy rate upward.