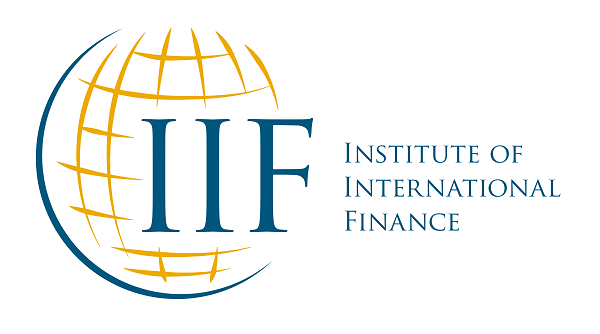 In it recently release, the institute noted that while occasional social and political protests may continue, they will likely remain limited in scope.

According to the Institute, the king remains in control of the executive, legislative and judicial branches of government, enshrined in the constitution as “supreme arbiter” of political and institutional life.

Morocco needs to grow by at least 5% a year on a sustained basis to reduce unemployment and poverty.

The institute is of the view that reforms are needed to break the iron grip of a privileged few on the economy to achieve higher and more inclusive growth.

Given the volatile regional environment, continued lacklustre growth opens the door for radical elements to consolidate their appeal and gain influence.

It stated that with urban unemployment remaining very high, at 14%, anaemic job creation may spark a rise in protests and social unrest unless the trend line changes.

PROSPECTS HINGE ON AGRICULTURE AND EU

IIF reckoned that prospects hinge on agriculture and European Union.

It observes that signs of strain in the real sector emerged in the first quarter of 2019 and are linked to a decline in agricultural output.

Statistically, agriculture represents 14% of the Moroccan economy, a very high share by emerging economy standards, and employs about 40% of the total workforce.

Yet it suffers from limited use of production inputs such as fertilizers, pesticides and mechanized equipment.

While grains account for over 50% of agricultural output, the projected 20% drop in rainfall this year could shrink the cereal harvest by at least 30%.

“Fortunately, expected job losses in the farming sector could be partly offset by creation of new jobs in industry and services.

“The euro area is the main trading partner of Morocco, accounting for 60% of exports of goods, 45% of receipts from tourism, and 85% of remittances -mainly from France and Spain.

IIF is of the view that the current model is not enough by itself. Continued expansion of Moroccan firms into new markets such as Francophone Africa and continued structural reforms could gradually lift growth from around 3% to 4% by 2025 under our baseline scenario, but this would still not be enough to significantly reduce the high urban unemployment.

Since reorienting toward new economic partners will take time, the new policy framework immediately needs to stress promoting private sector-led investment as the linchpin of growth.

The fiscal deficit has been reduced significantly in recent years. Political stability, combined with policy action and lower oil prices, has helped to cement macroeconomic stability and rebuild buffers.

Considerable progress has been made toward eliminating fuel subsidies.

In its economic review, IIF stated that fiscal developments in the first five months of this year are on track to narrow the deficit further to 3.2% of GDP, supported by the proceeds of MAD 8.9 billion (0.8% of GDP) from the state sale of an 8% stake in Maroc Telecom to local investors. The authorities also plan to sell La Mamounia hotel and the Tahaddart power plant.

A lower oil import bill and continued strong growth in exports, driven by phosphates and cars, could narrow the current account deficit by 0.8 percentage points of GDP to 4.6% in 2019, IIF estimated.

Thus, it noted that a further increase in non-resident capital inflows could more than offset the current account deficit, leading to a modest rise in official reserves to $23.8 billion, equivalent to 4.8 months of imports of goods and services.

The Institute forecasted that foreign direct invest, FDI, is expected to remain strong at 2.6% of GDP, as Morocco remains attractive to foreign investors given its relatively stable political environment and the progress made in reforms.

The authorities are expected to receive a concessional loan of $237 million from the Kuwait-based Arab Fund for Economic and Social Development.

The Treasury is also expected to issue two international bonds in 2019 and 2020 of $1.2 billion each.

However, IIF advised that more flexibility in exchange rate is needed.

It stated this having observed that the monetary policy has so far aimed at maintaining low inflation, less than 2% per year in the past 10 years, in the context of the exchange rate peg to a basket of two currencies, the euro and the U.S. dollar, with respective weights of 80% and 20%.

In this vein, the authorities started in early 2018 to move gradually to a more flexible exchange rate by widening the dirham fluctuation band from ±0.3% to ±2.5% of the previous day’s close.

So far, the exchange rate fluctuations have remained limited, and it is believed that the central bank has not intervened in the foreign exchange market.

Dee reforms are needed, in IIF view. It said that Progress has been made on structural reforms in the past five years.

This is reflected by the improvement in Morocco’s performance in the World Bank’s Ease of Doing Business rankings from 87th in 2014 to 60th in 2019.

IIF said that these include reforming labour market regulation; overhauling the educational system to ensure adequate skill-building that meets the needs of private employers; improving the business climate and governance.

This include breaking the iron grip of an entrenched elite in the economy; improving access to finance, particularly for SMEs, to catalyse entrepreneurship and private investment; and promoting female participation in the labour force.

“In addition, a more flexible exchange rate could increase resilience to external shocks. The impact of growth on job creation has continued to decline.

“The high unemployment rate in the urban areas (around 14%) is partly due to the high minimum wages and payroll taxes. In addition, the informal sector in Morocco is estimated to account for more than 40% of the economy”, the Institute stated.

Dismissal costs in Morocco are relatively high and hiring and firing practices are heavily regulated.

Vocational training and education may be helpful in reducing mismatches in the labour market and increasing employment and raising its quality.

“Building a new and more diverse growth model also requires more emphasis on innovation, research, science and technology as the pillars of a knowledge-based economy.

“This will require well-trained and educated workers, and effective partnership between the public and private sectors”, it advised.

While investment rates in the past three decades have been relatively high, they have not translated into commensurate growth.

While Morocco’s average investment ratio for 1990- 2018 was relatively high at around 30%, its annual real GDP growth rate averaged only 3.9%, well below other emerging economies with similar investment ratios, IIF analysis shows.

It then said that this raises questions about the quality and efficiency of Moroccan investment. In a growth accounting framework, this implies that Morocco’s growth of total factor productivity (TFP) has lagged other frontier and emerging economy comparators.

Prolonged neglect of deep-rooted structural distortions has impeded Morocco’s ability to match its more successful EM peers in raising its standard of living.

IIF thinks that a key reason for Morocco’s lacklustre growth performance in recent years is that, unlike several emerging economies, total factor productivity (TFP) growth has not made a significant contribution to overall growth in Morocco.

It reached this conclusion based on its growth accounting approach to determine the sources of growth in Morocco and selected EMs economies.

Empirical studies have shown a strong link between TFP on the one hand and progress in macroeconomic stabilization and market reforms on the other.

It was observed that growth in Morocco over the past three decades has been driven largely by capital accumulation.

“Looking forward, our calculations show that Morocco needs to achieve an annual GDP growth rate of at least 5.3% to reduce the urban unemployment rate from 14% in 2018 to 8.7% by 2025.

“This would require increasing the efficiency of investments, improving managerial and organizational competence, and enhancing the quality of labour through strengthening the educational system and training programs.

“Growth at this pace would imply an increase in employment of 1.3% a year, as compared to 0.8% in the baseline scenario.