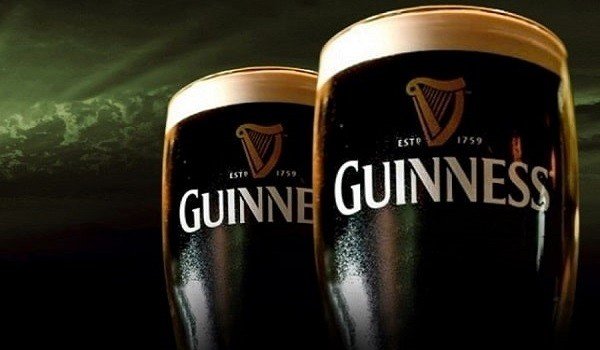 The brewer is expected to deliver a profit after tax of ₦1 billion, an upturn point when compare to N0.3 billion loss after tax in the comparable period.

As Nigeria’s economy opens up, more and more business activities and social engagements would combine to providing sales point for alcohol drinks.

The development is expected to support Guinness Nigeria’s products sales, though weak disposable income at household level remain a downside.

Based on the expectation of improve earnings, analysts projected a price target of ₦19.72 for Guinness Nigeria stock as against ₦15 reference price.

In the equity report, Vetiva analysts recognised that the brewer had a tough time in its earnings scorecard for 2020 after dealing with weak demand plus significant impairments in the last quarter.

In the fourth quarter of its financial year 2020, Guinness Nigeria recorded a 72% year on year drop in revenue.

This virus-induced below the belt performance plunged the company’s financial year end revenue by more than 21% to ₦104.4 billion when compared to previous year.

“We expect a much improved, albeit slow rise in volume rollout, following a gradual increase in patronage of bars and other alcohol sales point”, Ukadike stated.

As the coast is yet to be cleared for serious performance, Vetiva analyst expected 8.1% decline in the company’s revenue in the first quarter of its financial 2020/21 result.

Vetiva noted that though Guinness Nigeria raised its borrowing by 45% between first and second quarter of 2020, interest expenses declined by 39% in the period.

After a disappointing show, a slew of equities analysts cut down estimates on Guinness Nigeria Plc amidst rising cases of coronavirus pandemic that affected its earnings performance.

It would be recalled that before the outbreak of the virus, the brewery segment of the economy was ridden with increased excise duties, which thus affected the industry’s profitability.

It has been a survival of the fittest in the segment for some times now due to skyrocketed excise duties.

Meanwhile, increased competition has also been a pressure point as challengers brought extra capacity to the industry amidst declining disposable income.

In 2020, analysts explained that Guinness was unable to liquidate inter-company foreign currency loan due to scarcity of FX.

The issue made analysts to remained downbeat on the size of foreign currency loans in the company’s balance sheet as they agree that naira devaluation could aggravate the exposure.

This means Guinness Nigeria may have to pay more in naira term. As expected, this would reduce its profits.

In its equity note, Chapel Hill Denham forecasted price target of ₦15.38 per share for Guinness Nigeria stock, though the market price has surpassed that region.

“Against our expectation, the company recorded a loss after tax of ₦12.58 billion compare with our forecast of ₦1.24 billion.

Its loss was largely driven by Property Plant & Equipment revaluation loss of ₦11.72 billion which comprised impairment loss of ₦1.46 billion and write-off of ₦10.26 billion.

According to ARM Securities, Guinness’ Q4:2020 result showed a higher than expected hit to their revenue numbers as it declined 72%.

Replaying the trend around the figure, analysts said this led to a steep contraction of 71% in their gross profit to ₦2.53 billion.

It was noted that ₦16.5 billion impairment charge booked over the period aggravated pressure on earnings, resulting in an operating loss of ₦18.05 billion.

However, analysts said tax credit received from government helped mitigate the loss in the quarter to ₦13.94 billion.

Excluding impairment, ARM Securities said  Guinness Nigeria loss would have been much lower at about ₦2 billion before the tax credit.

“While we expect a swift bounce back for Guinness as economy gradually re-opens the risk from its foreign currency loan and an adjustment to our revenue projections necessitated a cut in our fair value to ₦18.94 from ₦26.63”, ARM Securities stated.