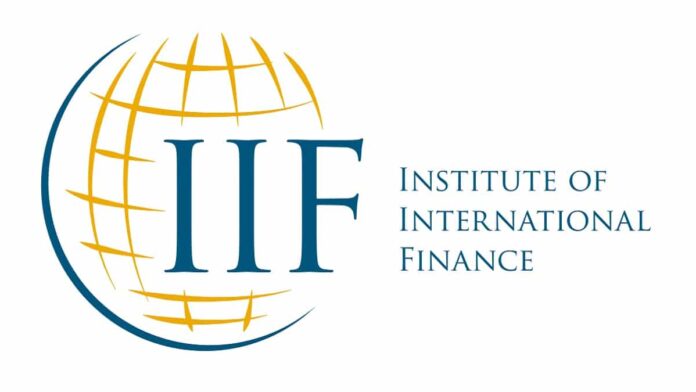 The G20 Finance Ministers and Central Bank Governors issued a statement of support for the Institute of International Finance (IIF)’s voluntary Principles for Debt Transparency following a meeting in Fukuoka, Japan.

IIF, the global association of the financial industry made this known in a statement, as it explained that debt sustainability and transparency go hand-in-hand.

It is encouraging to see the G20 and other global stakeholders recognize the importance of greater transparency in private credit and capital flows to borrowing countries,” said IIF President and CEO Tim Adams, who addressed delegates of the G20 meetings in Fukuoka on Saturday, June 8th.

According to Mr. Adams, Global debt is rising, now getting close to $250 trillion, or approximately 317% of global GDP.

Adam stated that debt has risen by some $70 trillion since the crisis, and nearly half of that is due to governments taking on more debt.

“Now there’s nothing wrong with debt per se, as long as private debt can earn its cost of capital and public debt offers a public good or a social return in excess of the cost or capital or for counter-cyclical reasons.

“Moreover, given the long decline in long-term rates, sub-par growth in many parts of the world and the desperate need for capital formation.

“Especially infrastructure, more debt sometimes makes sense. But how much and by whom matters and for markets/bankers to fully assess credit worthiness and sustainability we need transparency.

“We must avoid the kind of debt accumulation that we have seen in previous cycles that became unsustainable, unserviceable, a drain on often desperate, poor populations and ultimately written down or written off”, Adams remarked.

In the communiqué, the G20 stated: “We support the work of the Institute of International Finance on the voluntary Principles for Debt Transparency to improve transparency and sustainability of private financing and look forward to follow up.”

Through the voluntary principles, the IIF, representing the global financial services industry, strives to avoid the kind of debt accumulation that has become unsustainable, unserviceable, a drain on often desperate, poor populations and ultimately written down or written off in previous cycles.”

Developed by the IIF Debt Transparency Working Group — with strong support from the IIF Board of Directors — these Principles are designed to enhance transparency in private sector lending, particularly to the most vulnerable low-income countries.

The next steps in operationalizing the principles will require identifying an appropriate repository for data disclosures.

G20 said: “we concur with civil society that a repository should be housed at an international financial institution with the credibility, capacity, and experience to maintain a permanent facility”.