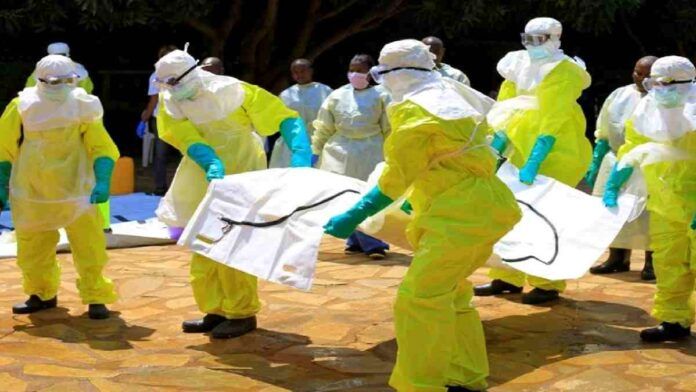 The second worst Ebola outbreak of all time, in the Democratic Republic of the Congo (DRC), was officially declared a Public Health Emergency of International Concern on Wednesday, with the head of the World Health Organization calling for countries to ‘take notice and redouble our efforts’.

With the first anniversary of the complex outbreak in the volatile eastern part of the country looming, WHO chief Tedros Adhanom Ghebreyesus said that it was time to “work together in solidarity with the DRC to end this outbreak and build a better health system”, for its people.

So far, there have been more than 2,500 cases of infection, and nearly 1,670 have died in the provinces of Ituri and North Kivu, where multiple armed groups and lack of local trust have hampered efforts to get the outbreak under control.

“Extraordinary work has been done for almost a year under the most difficult circumstances”, said Mr. Tedros, following the fourth meeting of the International Health Regulations Emergency Committee assessing the outbreak, at the UN in Geneva. “We all owe it to these responders – coming from not just WHO but also Government, partners and communities – to shoulder more of the burden”, he added.

What does the emergency declaration mean?

According to WHO’s International Health Regulations, which constitute a binding legal agreement involving 196 countries across the globe, a Public Health Emergency of International Concern (PHEIC) is defined as, “an extraordinary event which is determined to constitute a public health risk to other States through the international spread of disease and to potentially require a coordinated international response”.

According to a WHO statement, the Committee “cited recent developments in the outbreak in making its recommendation, including the first confirmed case in Goma, a city of almost two million people on the border with Rwanda, and the gateway to the rest of DRC and the world.”

The Committee also issued specific conclusions and advice to affected countries, their neighbours, and for all States, in terms of how the outbreak needs to be dealt with moving forward.

The Committee also said it was disappointing that there had been recent delays in securing more international funds to fight the disease, which had constrained the response.

Members also reinforced the need to protect livelihoods of the people most affected by the outbreak by keeping transport routes and borders open. The experts said it was “essential to avoid the punitive economic consequences of travel and trade restrictions, on affected communities.”

“It is important that the world follows these recommendations. It is also crucial that states do not use (the declaration) as an excuse to impose trade or travel restrictions, which would have a negative impact on the response and on the lives and livelihoods of people in the region,” said Professor Robert Steffen, chair of the Committee.

On Monday, UN relief chief Mark Lowcock, who heads the humanitarian affairs coordination office (OCHA), said that the outbreak would not be properly contained without a “big scale-up in the response”. Last month, the first cases appeared in neighbouring Uganda, although the infected family had travelled across the border from DRC.

Since it was declared almost a year ago the outbreak has been classified as a level 3 emergency – the most serious – by WHO, triggering the highest level of mobilization. The UN overall has also recognized the seriousness of the emergency by activating the “Humanitarian System-wide Scale-Up” to support the Ebola response.