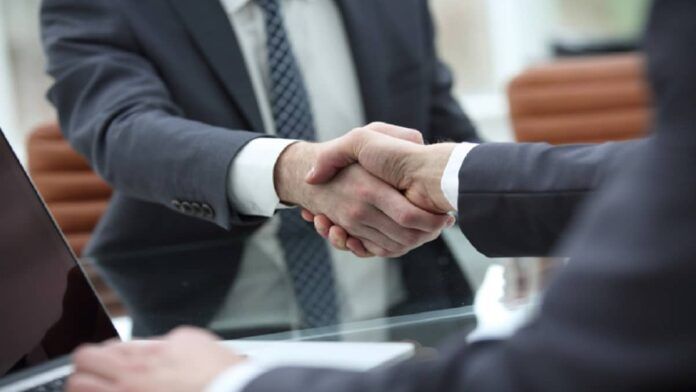 Deals closed, Funds raised and exits made in July

The Month of July came with a lot of goodies for some companies; hacking growth is not always without some investments and to some series of closed deals closed often makes a day in their corporate existence.

The real business is in ability to negotiate a good deal, closed and funds it before exit.

At the exit point, companies look back and say; “Yeah, it worth the while”. There were quite a number of deals, fund raising and exit in July. Here are the list.

On deal side, Mediterrania Capital Partners announced the acquisition, through its third fund, MC III, of a stake in Aziza, a private Tunisian company operating in the food retail sector.

The transaction was achieved in partnership with Ekuity Capital, a Tunisian-Kuwaiti investment company.

To those that are not familiar with the company, Aziza is one of the top four supermarket chains in Tunisia with 250 shops located across the country.

Also, XSML, the fund manager that is active in Central and East Africa, closed an investment, through its African Rivers Fund, in Ice Industries. Based in Uganda, Ice Industries is a producer of flake ice, which is used mainly to keep fresh produce cold and is an essential element for the fishing sector.

In addition, EXEO Capital’s Agri-Vie Fund II concluded the subscription for a significant minority shareholding in PPHL. PPHL’s fully-owned Tanzanian subsidiary, PPTL, is a regional leader in the production of woven polymer-based extruded products, including bags, sacks and tarpaulins for the agriculture and cement industries.

The InsuResilience Investment Fund, set up on behalf of the German government by KfW and managed by Swiss-based impact investment manager BlueOrchard Finance, closed a 39.25% stake in Lagos-based Royal Exchange General Insurance Company Limited, one of the largest non-life insurance companies in Nigeria.

The business is one of the leading grocery retail players in Egypt, having expanded to a current footprint of 13 outlets, comprising two hypermarkets and 11 supermarkets.

The Yield Uganda Investment Fund, managed by Pearl Capital Partners, has made its fifth investment in Uganda by committing UGX3.9bn ($1.1 million) to Raintree Farms Limited, a pioneer agri enterprise specialising in the production and processing of organic moringa.

The products are sold to the nutritional, beauty and health markets both in Uganda and internationally.

AHL Venture Partners, an impact investment firm in East Africa, concluded an equity investment in a Kenyan company Cropnuts. The transaction is a co-investment with DOB Equity.

From fundraising side, Verod Capital Management has announced an interim close of Verod Fund III at $150 million, exceeding the size of its predecessor fund, Verod Fund II.

The investment strategy for Verod Fund III is to focus on SMEs in Anglophone West Africa, with the aim of building a diverse portfolio across several fast-developing industries.

Kenya-based investment firm Centum, listed on the Nairobi Securities Exchange, has announced plans to launch a dedicated private equity fund that will be open to outside investors.

Centum will be a limited partner (LP) in the fund and other LPs will also be invited to invest. A newly registered entity, Centum Capital Partners, will manage the fund as a general partner.

The fund will target investments in the food security, climate technologies, and domestic nature tourism sectors across Kenya, Uganda, Rwanda, Tanzania and Zambia.

Fund III’s mandate includes early- and growth-stage investments into startups in the fintech, insuretech, healthtech, edutech and agritech spaces as well as other tech verticals.

The first close of Fund III is R130 million ($9.3 million), but it will remain open to other qualified or institutional investors for a limited period.

Following the transaction, BioTherm’s current CEO, Jasandra Nyker, will step up to join Denham Capital, while the rest of the management team will remain in place.

“Despite 60% currency depreciation during our hold period, we’ve delivered solid returns, as represented to our investors.”

According to Bloomberg, the IPO may value the company at $1.3 billion to $1.5 billion. In December 2010, an investor group led by Helios agreed on the acquisition of a majority equity interest in Interswitch, the largest payment processing service provider in Nigeria.

Then, African Infrastructure Investment Managers (AIIM) is upbeat about the opportunities in Nigeria’s power sector.

AIIM has successfully exited the Azura-Edo Power Plant in Nigeria, which, according to the firm, provided strong returns for the fund’s investors.

Deals closed, Funds raised and exits made in July

Perspective: Is there Food Crisis in Nigeria?

How Parents Can Develop Savings, Investing Habits in Children