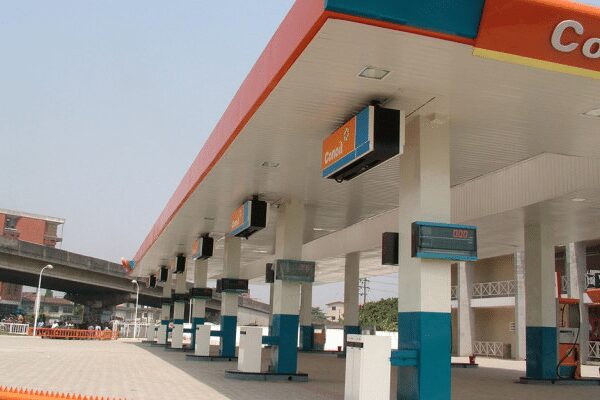 Shareholders of Conoil Plc have approved the payment of ₦1.39 billion dividend proposed by the board of the company.

They gave the approval during the virtual 50th Annual General Meeting (AGM) attended by proxies, said the Chairman of the company, Dr Mike Adenuga (Jr.), in a statement.

Adenuga stated that the dividend payment was “a promise kept to shareholders’’.

This meant that shareholders will get 200 kobo on every 50 kobo ordinary share.

He said that the impressive financial results recorded were from the execution of value-added products and services.

According to him, the company had set an ambitious growth strategy for the next five years, driven by innovation and market penetration.

“The impressive results recorded by the company was in fulfilment of its promise to shareholders for better execution of value-added products and services, especially in the areas of marketing and growing the bottom-line.

“This is against the background of the tough challenges that marked the operating environment of the downstream oil sector.

“Thus far, significant investments have been made in strengthening the company’s retail network and important progress recorded on all fronts for the benefit of all stakeholders.

“We are proud of the attainments of the management.

“It was a challenging year with impressive results,’’ he added.

The chairman also assured shareholders that the company would consolidate on its achievements to deliver a strong and sustainable performance that would enhance juicy returns on their investment.

“The company has strategically positioned its business to take advantage of emerging opportunities in the downstream oil sector.’’

Mrs Adebisi Bakare, the National Coordinator, Pragmatic Shareholders Association hailed Conoil for rewarding shareholders against all odds in the fuel marketing sector of the economy.

“We congratulate the board for the impressive financial results and especially being able to reward shareholders when we consider the tough times faced by all fuel marketing companies in the country in the last financial year,’’ Bakare said.

According to the company’s financial report, the modest dividend pay-out was predicated on the need to consolidate its cash management effort vis-à-vis the liquidity squeeze in the economy.

It was also to ensure improvement in its overall performance in order to meet the expectations of the shareholders.

In its audited financial results for the 2019 financial year, Conoil Plc gross revenue grew by 14.4 per cent to ₦139.8 billion.

“There has been a consistent drop in interest expense since 2017, which we hope to sustain,’’ the company stated.