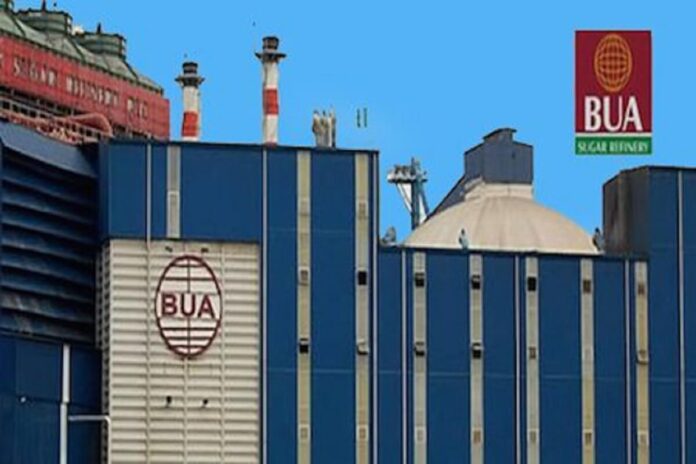 BUA Group has revealed decision to commission its US$300 million sugar company in Lafiagi, Kwara State in 2022 amidst mounting pressure with existing operators in the segment.

However, in a move that support the federal government’s backward integration programme on self-sufficiency in sugar, BUA Group said Lafiagi Sugar Company (LASUCO) will become operational next year after sinking a whopping $300 million on the facility.

Speaking during a facility tour of the company in Lafiagi, Kwara State, the senior general manager, LASUCO, Abdul-Rasheed Olayiwola, said the company is an integrated milling factory that comprised of Sugar mill, Ethanol plant, sugar refinery and power plant that will be integrated into the national grid.

Olayiwola said the sugar company with 20,000 hectares of land has a processing mill capacity of 10,000 tcd from sugar cane to widely accept white sugar, adding that the sugar refinery has a refining capacity of 220,000 metric tonnes.

He explained that since 2014 that the company took over the land, the group has invested heavily to ensure that the BIP programme of the federal government becomes a success.

He said, “BUA group has made over $300million investment so far on this project and when it becomes operational by first quarter of 2021, we will have 5,000 direct staff and over 10,000 indirect staff.

“We will have farmers, loaders, truckers and other auxiliary services providers who will be basically the locals and other Nigerians.

“The National Sugar Council of Nigeria (NSCN) has visited the site numerous times and has acknowledged their investment and is looking up to the company to lead the realisation of the sugar master plan of the federal government. They always leave this site fully satisfied that BUA is on course.”

“LASUCO is one of the sites highly rated by the sugar council.

They have said Lafiagi is the main BIP project they are looking up to and that no sugar plantation has come near it in the country. LASUCO is an integrated factory that has Sugar mill, Ethanol plant, sugar refinery and power plant that will also be integrated into the national grid for everyone to benefit.”

Giving a breakdown of the integrated sugar factory, Olayiwola said the integrated factory will produce 20 million ethanol per annum from the plant, a sugar refinery of 220,000 metric tonnes, a 35 megawatt of electricity for the factory and is to be connected to the national grid for Nigerians to consume and a 10,000 tcd capacity sugar mill.”

“Other sugar refineries have 3000 tonnes of sugar cane per day and this is even brown sugar because they have no equipment to refine to white sugar but ours will be doing 10,000 metric tonnes cane per day.”

Also speaking, the BUA Group Head of Corporate Communication, Mr Otega Ogra, noted that BUA group is the only sugar refiner in the country building a fully integrated plantation that has an end-to-end planting process.