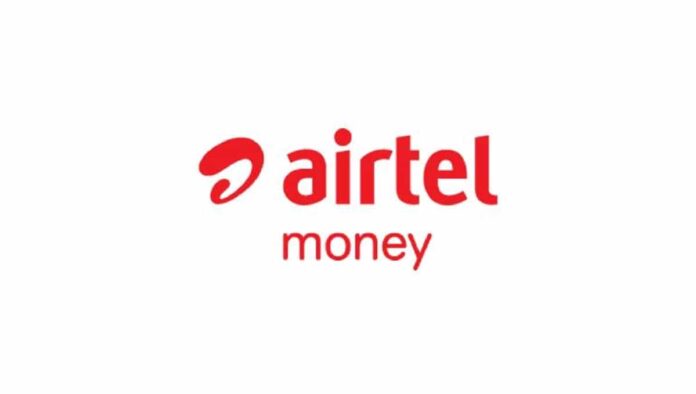 Airtel Money Gets $200m Investment, to List in 4 Years

Airtel Africa, a leading provider of telecommunications and mobile money services, with a presence in 14 countries across Africa, today announces the signing of a $US200 million investment agreement with The Rise Fund.

According to the transaction detail, the agreement values Airtel Africa’s mobile money business at $2.65 billion on a cash and debt free basis.

It was stated that a newly incorporated investment vehicle of The Rise Fund will invest the fund through a secondary purchase of shares in AMC BV from Airtel Africa.

The transaction is expected to close in two stages.

Airtel explained that $150 million will be invested at first close, once the transfer of sufficient mobile money operations and contracts into AMC BV has been completed, with $50 million to be invested at second close upon further transfers.

The statement reads that the Rise Fund will hold a minority stake in AMC BV upon completion of the transaction, with Airtel Africa continuing to hold the remaining majority stake.

However, it is noted that the transaction is subject to customary closing conditions including necessary regulatory filings and approvals, as necessary, and the inclusion of specified mobile money business assets and contracts into AMC BV.

Airtel said the transaction is the latest step in the Group’s pursuit of strategic asset monetization and investment opportunities.

The group stated expectation to explore the potential listing of the mobile money business within four years.

“The Group is in discussions with other potential investors in relation to possible further minority investments into Airtel Money, up to a total of 25% of the issued share capital of AMC BV.

The group noted that African region is characterised by limited access to formal financial institutions with limited banking infrastructure.

Mobile money services are available across the Group’s 14 countries of operation, however in Nigeria the Group offers Airtel Money services through a partnership with a local bank and has applied for its own mobile banking licence.

“It is the intention that all mobile money operations will be owned and operated by AMC BV.

“In our most recent reported results for Q3, the mobile money service segment delivered a strong operational performance”, it added.

Year on year revenue growth for the quarter was 41.1% in constant currency, largely driven by 29% growth in the customer base to 21.5 million, and 9.7% ARPU growth.

“Our mobile money business benefits from strong network presence with our core telecom business through the extensive distribution platform of kiosks and mini shops as well as dedicated Airtel Money branches supplementing our extensive agent network, to facilitate customers’ assured wallet and cash”, it explained.

“We have a clear strategy to continue to drive sustainable long-term growth in Airtel Money with a focus on assured float availability, distribution expansion and increased usage cases for our customers.

“In this year alone we have added partnerships with Mastercard, Samsung, Asante, Standard Chartered Bank, MoneyGram, Mukuru and WorldRemit to expand both the range and depth of the Airtel Money offerings and to further drive customer growth and penetration”, Airtel Africa said.

The Telecom operators said the profits before tax in the full year ending 31 March 2020 and the value of gross assets as of that date, attributable to the mobile money businesses were $143.4 million and $463.2 million, respectively.

“In most of our markets there is limited access to traditional financial institutions, and little banking infrastructure, with less than half of the population having a bank account across sub-Saharan Africa.

“Our markets therefore afford substantial market potential for mobile money services to meet the needs of the tens of millions of customers in Africa who have little or no access to banking and financial services, and this demand is driving growth.

“With today’s announcement we are pleased to welcome The Rise Fund as an investor in our mobile money business and as a partner to help us realise the full potential from the substantial opportunity to bank the unbanked across Africa.”

Yemi Lalude, Partner at TPG who leads Africa investing for The Rise Fund, added: “Financial inclusion is a global issue that is most acute in Africa. Through Airtel Money, Airtel Africa has built a unique platform that is closing the gap between traditional financial institutions and the millions of unbanked Africans across the 14 countries where Airtel Africa operates.

“We look forward to working with Airtel Africa to enhance their mobile money services, broaden its use cases, and grow into new markets.

“With this investment in Airtel Africa’s mobile money operations, we are excited to expand The Rise Fund’s global fintech portfolio and continue to deepen our focus on improving financial inclusion in Africa and around the world.

Airtel Money Gets $200m Investment, to List in 4 Years